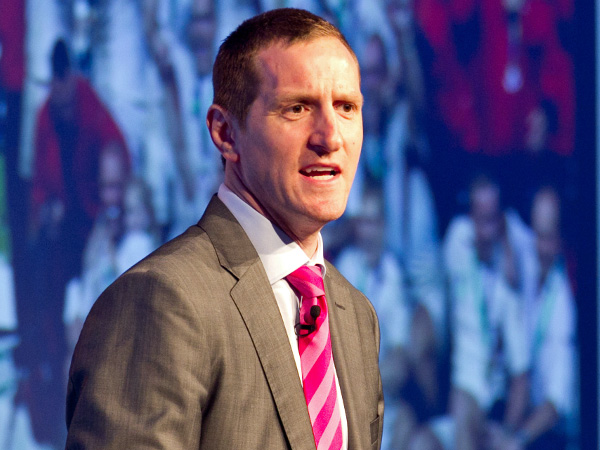 An articulate and confident conference and after-dinner speaker, Will is accomplished at putting his audience at ease whilst also conveying direct and on point messaging to the audience. Now a respected rugby media commentator and analyst, his background as a professional rugby player, with a career that spanned 11 years and 55 international caps (not to mention being part of the 2003 World Cup winning team!) are as relevant now as they ever were. He adroitly connects the strategies and experiences the teams used to the challenges faced in the business world; from teamwork and leadership, to motivation and discipline. He is also a captivating host and after-dinner speaker where he creates a great rapport with the audience with a fresh and witty style.

Change management: From good to great

Greatness through attention to detail

Having started working life on the City trading floor he went on to become second highest try scorer in English rugby history and helped power England to a glorious victory at the Rugby World Cup in 2003.

A character and leader in one of the most successful team dynamics seen in recent times, he is widely regarded as one of England’s greatest ever rugby players, as well as one of the sport’s most intelligent and entertaining characters.

Off pitch his focus has remained undimmed and he is now a respected analyst for Sky and the Daily Telegraph, where he is increasingly seen as the go to voice for rugby fans of all generations. Alongside this he continues to pursue his belief that sport can open up a world of opportunity and learning for young people.

Through his role as presenter of Sky’s hugely popular ‘School of Hard Knocks’, he helps to showcase first-hand the life changing possibilities of helping at risk youngsters the chance to train, grow and shine through sport. Closer to home meanwhile he is focused on the development of his new venture Super Skills Experiences, delivering family focused sporting experiences through training holidays and the annual sporting festival, Sports Fest.

Will Greenwood was engaged as a speaker at a recent strategy conference we had and he delivered an excellent motivational message to our management team. He was a consummate professional and an absolute pleasure to work with.

Will was fantastic, everyone loved his speech and the charity auction went down a treat”.

Will, once again, thanks for the excellent talk last night. It went down an absolute storm.

We all thoroughly enjoyed your talk and the feedback we have received has been excellent. We are still getting letters of thanks and praise so thank you so much for making the event such a success. We will certainly recommend you to others and hope to be able to book you again in the future.

GET IN TOUCH
Jo Malone MBE