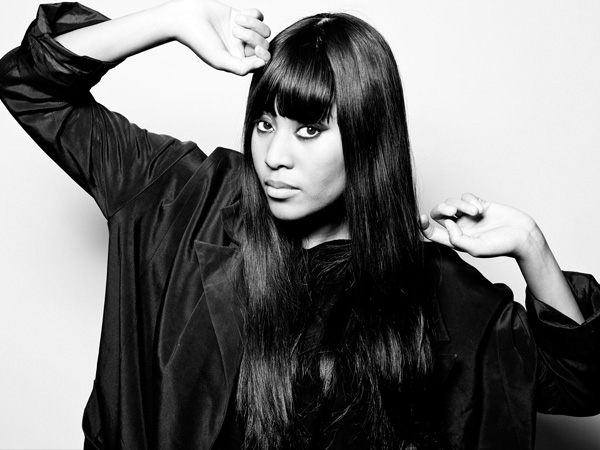 This multi-talented artist first rose to global acclaim with her well received debut album ‘Travelling like the Light’, which went Gold and includes hits such as Shark in the Water, which sold more than a million copies.  VV is in demand across the globe and has performed for several national fashion weeks with companies such as Diesel, Vogue, Fashion Rocks, Claire Accessories Paris, Cartier, and Club openings across New York, Guinness and more.

Vanessa Brown, alternately known as V.V. Brown, is an English songwriter and performer who stepped out in 2005 with a co-writing credit on the Pussycat Dolls’ PCD (“I Don’t Need a Man,” a collaboration with Rich Harrison, Kara DioGuardi, and Nicole Scherzinger).

That year, she also released her debut single, a bouncy, contemporary pop/R&B hybrid titled “Whipped,” which appeared on the soundtrack for the television series Las Vegas. After co-writing the Sugababes’ Top 20 U.K. single “Denial,” Brown underwent a slight makeover as a solo artist — by fusing early R&B with new wave energy — and changed her performing alias to V.V. Brown.

On the Island label in the U.K., she released the 2008 single “Crying Blood,” a preface to July 2009’s Travelling Like the Light, which reached number 30 on the U.K. album chart. It was issued in the U.S. via Capitol the following year and peaked at number 179 on the Billboard 200. She recorded Lollipops & Politics, intended for a 2012 — and then a 2013 — release date, but it was scrapped in favour of the completely different Samson & Delilah, a darker and more electronic-oriented set recorded with the Invisible’s Dave Okumu (a contributor to Róisín Murphy’s Overpowered and Jessie Ware’s Devotion) and Pierre-Marie “STAL” Maulini (onetime touring member of M83).

The album was released on Brown’s YOY label in October 2013. Glitch, led by the up-tempo electro-pop single “Shift,” was issued through the same outlet two years later.