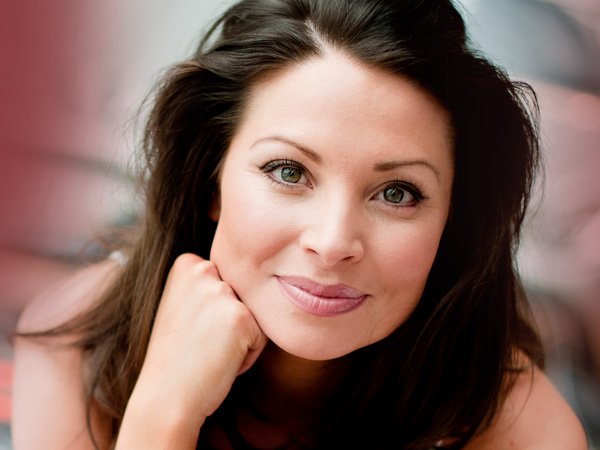 Presenter, Sports Reporter and Motoring Expert, Torie loves a challenge and is more than happy to chat to a camera from a helicopter, driving a powerboat or from the press pit of a red carpet!

She can currently be seen presenting ‘One Second in F1 Racing’ for CNBC. The series takes an inside look at Formula one from both a business and sporting angle. Torie has become a familiar face within the sport and has had the opportunity to get access behind the scenes spending time with, and interviewing some of the leading personalities and sporting legends of Formula One.

Often associated with ‘planes, trains and automobiles’, Torie is the lifestyle presenter for Mercedes Benz. She test-drives and reviews new and concept cars and covers lifestyle events all over the world.

It was through the success and popularity of these films that gave Torie a stepping stone into Motoring journalism and she now writes and presents for AutoTrader (one of the UK’s largest car sites/magazines) and has spent the last year writing and developing the re-launch of Men and Motors (‘Cult’ motoring channel in the 90’s that launched the career of Richard Hammond amongst many). Watch this space….

Growing up on the South coast in a ‘sports mad’ family, gave her a great grounding to host numerous sporting projects including the Formula4 stroke series for ITV4 and ITV1‘s Saturday Sports programming, the GB round of the World Powerboat Championship for Sky Sports, London International Boat show, Navy shows, UK Air shows and the FIFA Women’s World cup in Azerbaijan. She has also interviewed some of the biggest names in sport on the Red Carpet at the Laureus World Sports Awards (talking to Sir Steve Redgrave made her dad particularly proud!)

Other than adrenaline fueled sports her versatile presenting style has seen her covering the gossip and chat from the front row at New York Fashion week, checking out all the latest releases at the worlds largest gaming events, interviewing on the red carpet and fronting an online celebrity news channel. However, it was her personal love of music that allowed her to kick-start her career whilst working as a Redcoat at Butlins. She presented a music show ‘pop Box’, which was shown throughout the UK holiday camps, alongside hosting the Smash Hits Roadshow’s. She also appeared as a main personality on a fly on the wall docu-series aired on ITV, Sky one and Sky Travel.

Her extremely creative side not only lends itself well when she writes and presents car reviews, but she is often trying out new art projects at home in what she describes as ‘organised chaos’.