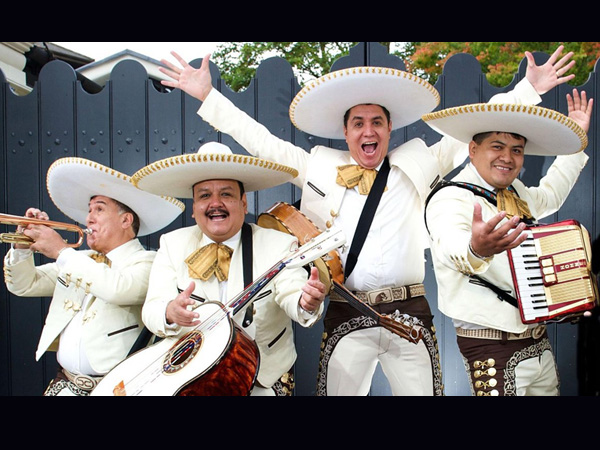 The Mariachis are the fun loving guys regularly seen on TV screens across the UK. With their versions of pop classics with a Mexican twist that include the Human League’s ‘Don’t You Want Me’, East 17′s ‘Stay Another Day’ and Joan Jett’s ‘I Love Rock & Roll’, they have the whole country singing and partying along.

Formed by Salvador Jimenez Hernandez, the band all hail from South America and reside in the UK. Consisting of guitars, accordion and trumpet, all the band members are highly accomplished musicians and singers. The band performs many other pop hits along with traditional Mariachi repertoire including songs like La Bamba, Guantanamera and Lambada.

From performing for the Royal family to appearing in front of 30,000 people at the Wireless music festival, they complement any event no matter how large or small. Other previous festivals include The Henley Festival and Cambridge Festival.