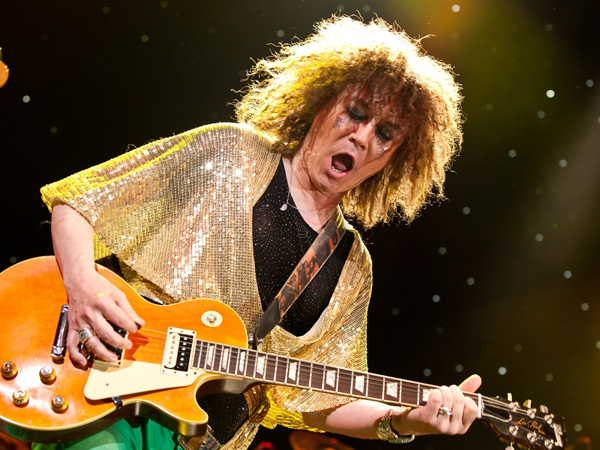 T.Rextasy are the only band to have been authorised and endorsed by Marc Bolan’s catalogue management, and are now recognised as the “official” Marc Bolan/T.Rex tribute band.

With their uncanny doppelganger lead singer and guitarist, Danielz, T.Rextasy perform a powerful and mesmerising presentation of Marc Bolan’s rock and pop anthems.

With a career spanning over 20 years, T.Rextasy have toured Worldwide, including Japan, Germany, Abu Dhabi, Sweden and Marrakech, to name a few. They have not only performed with Bolan’s contemporaries such as Roy Wood, Steve Harley, Slade, and Gary Glitter, but they have played at the impressive Wembley Arena in London, and headlined the gigantic Ariake Coliseum in Tokyo, Japan.