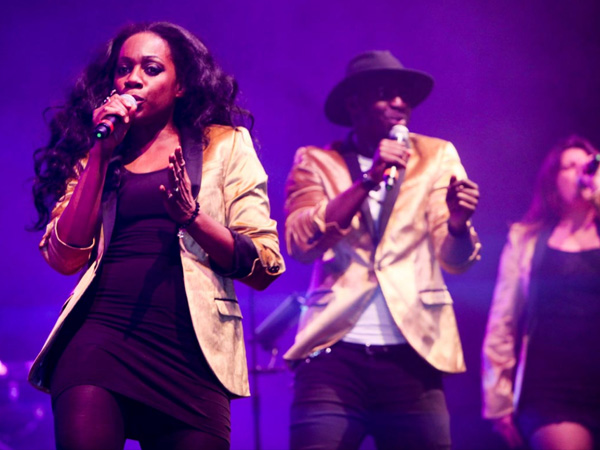 After their formation to perform for Tony Blair’s private cabinet party in Westminster, Sway Allstars have continued to play at a range of high profile global events including Virgin Atlantic’s 25th Birthday party in New York and have had repeat bookings from Sir Richard Branson. This spectacular dance band are sure to inject both energy and soul into your corporate or private event!

The difference between The Sway Allstars Orchestra and all the other bands around is that their background isn’t in theatre or cruise ships it’s in the mainstream music industry. They all met working for acts such as Robbie Williams, Enrique Iglesias, Kylie Minogue & Ronan Keating on tours and TV shows such as Later With Jools, TOTP, The Charlotte Church Show (house band) & This Morning.

The band first shot to fame when they were put together to play for Tony Blair’s Cabinet at a private party in Westminster attended by past & present Prime Ministers & cabinet members and their wives.

Since then they have performed all over the World for Royalty & film stars, on private yachts in Cannes harbour, in Las Vegas, Sun City – South Africa and with guest singers Smokey Robinson, Ashford & Simpson and Deniece Williams.

SWAY were great! They performed brilliantly and kept the dance floor full right until the end. They were also very flexible to any changes, we had to move their performance to an earlier time and they adapted perfectly to create a seamless experience for the delegates.