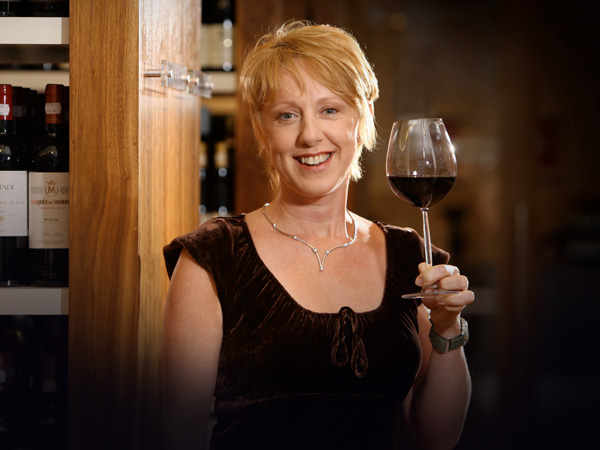 Wine expert Susy Atkins is a familiar face to many wine and food lovers, and a regular presenter on BBC1’s cookery show Saturday Kitchen.

As well as running hugely popular wine tastings at various events around the UK she is also the wine columnist for the Sunday Telegraph’s Stella magazine. She was named the International Short Copy Columnist of the Year in the prestigious 2014 Louis Roederer Wine Writers’ Awards and was for many years the co-editor of the Which? Wine Guide. For her brilliant efforts, she has won both the Glenfiddich and Prix du Lanson awards for her writing.

She is the author of ten modern, down-to-earth books about wine and drinks in general. Two have won major awards, and her new book, the illustrated ‘How To Make Your Own Drinks’, was published to high acclaim.

In 2004 Susy was named the International Wine & Spirit Competition’s ‘Communicator of the Year’. She has given wine talks and tutored tastings across the UK, often in conjunction with celebrity chefs and at such prestigious events as the BBC Good Food Show, Ideal Home Show and the London Wine Show.

Prior to her work on Saturday Kitchen, she was a resident wine expert on Channel 4’s Richard & Judy. She has also appeared as a guest on TV’s Market Kitchen, UK Food channel programmes such as Great Food Live, and broadcast numerous times on BBC Radio 4 for programmes such as Excess Baggage, Woman’s Hour and The Food Programme.