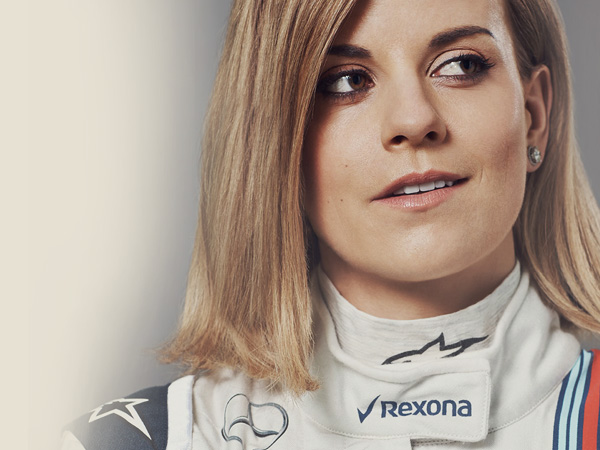 She made her name with Mercedes-Benz in DTM, the German Touring Car Championship, between 2006 and 2012 this same year Susie moved into F1, after being signed by Williams.

Susie has long been a powerful force in the battle for equality behind the wheel; and in 2016 she launched her own initiative called Dare to Be Different in collaboration with the UK Motorsport Governing Body, the Motor Sports Association. The initiative aims to drive female talent and empower women to thrive within male-dominated industries.

Aiming to inspire the next generation to smash preconceptions and prejudices, raising the curtain on a new era in which daring to do something different is praised and encouraged.

Companies such as Randstad, UBS, Deutsche Post and Mercedes-Benz AMG book her regularly as a high valued speaker for their events.

Wolff entered as a development driver for the team, holding the position for two seasons before being promoted to a test driver for the 2015 season. At the 2014 British Grand Prix Susie made history by becoming the first woman to take part in a Formula One race weekend in 22 years.

Susie is bilingual in English and German and a firm favourite with sponsors and fans and an accomplished public speaker.