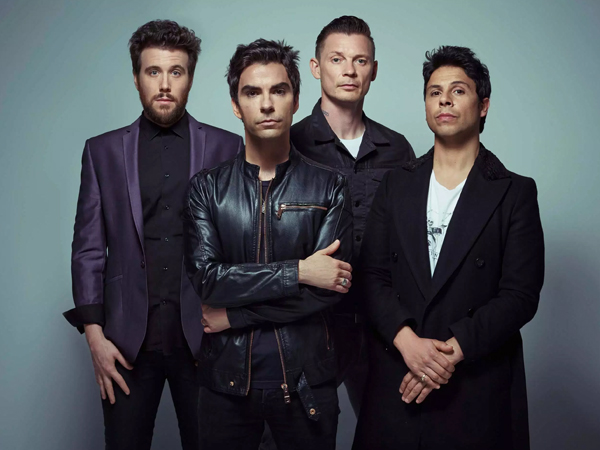 The Brit Award winning rock group The Stereophonics (“Best Group in 1998”) have gone on to achieve great success, with 6 No 1 Albums, and a total of ten top 10 singles including the No 1 single “Dakota” in 2005.

Described as “classic UK rock delivered with whiskey vocals”, the band have been summarised as possessing a sound akin to the genres of alternative rock and “British traditional rock”

Formed in 1997 in Wales, upon the release of their “Pull the Pin” album, they were the 8th group ever to have achieved 5 consecutive UK No 1 albums, after The Beatles,Led Zeppelin, Abba, Genesis, Oasis, Blur and U2.

Having sold 10 million copies worldwide, The Stereophonics are one of the most successful Welsh rock bands ever. They have also won a lot of praise with their live performances, often headlining many festivals from Reading, Leeds, to Glastonbury.

Their debut album “Word Gets Around” in 1997 got to No 6 and went Gold in the UK, aided by singles “Local Boy in the Photograph”, “More Life in a Tramp’s Vest” and “A Thousand Trees”. 1999 they gained mainstream recognition with “Performance and Cocktails” album and it’s singles “The Bartender”, (reached no 3) “Just Looking” and “Pick a Part That’s New”. The album went Platinum in 3 weeks.

1998 they collaborated with the legend that is Tom Jones, on his cover of the Randy Crawford song “Mama Told Me Not to Come” for the Tom Jones album “Reload”.

Their3rd album “Just Enough to Perform”in 2001 included single “Most Famous Tracks” which reached No 5 in the UK. Next was 4th album “You Gotta Go There To Come Back” and 5th album “Language. Sex. Violence. Other?” included No 1 hit “Dakota”. That year saw them nominated for a Pop Factory Award.

They also have performed at Live8 in Hyde Park to their biggest audience ever. 2006 they released their first live album, aptly named “Live from Dakota”, and went on to great success with album “Pull the Pin”. 7th album was “Keep Calm and Carry On” and 2008 they made No 2 in the UK charts with compilation album “Decade in the Sun”. 2010 next album was “Could You Be The Other One”.

2017 they released “Scream above the Sounds” album, with singles “All in 1 Night”, “Caught by the Wind”, “Before Anyone Knew Our Name” and “What’s all the fuss about” all released from that album by December.

2018 they perform the “Scream” tour as a celebration of the 20th anniversary of “Word Gets Around” album, when it all started.

GET IN TOUCH
Ember Trio

The Fratellis Scroll to top