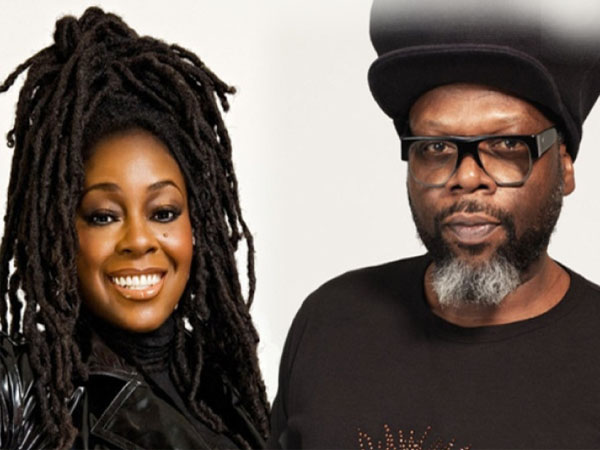 Soul II Soul are a highly successful soul-influenced UK rap outfit known for their US and UK chart-topper hit “Back to life (however do you want me)”. Formed in 1988, this double Grammy award winning group have achieved worldwide success for their innovative sound which draws influences from reggae, disco and hip hop.

They’ve sold over 6.8 million albums in 35 territories across the globe and appeared on over 100 compilation albums. They continue to play a variety of Festivals and events including V Festival and their won UK wide tour.

Led by producer/vocalist/songwriter Jazzie B., Soul II Soul were one of the most innovative dance/R&B outfits of the late ’80s, creating a seductive, deep R&B that borrowed from Philly soul, disco, reggae, and ’80s hip-hop. Originally featuring Jazzie B., producer/arranger Nellee Hooper, and instrumentalist Philip “Daddae” Harvey, the musical collective came together in the late ’80s. The group had a residency at the Africa Centre in London’s Covent Garden, which led to a record contract with 10, a subsidiary of Virgin. Two singles, “Fairplay” and “Feel Free,” began to attract attention both in clubs and in the press.

Featuring the vocals of Caron Wheeler, Soul II Soul’s third single, “Keep on Movin’,” reached the U.K. Top Ten in March of 1989. Released in the summer of 1989, “Back to Life” also featured Wheeler and became another Top Ten hit. Soul II Soul released their debut album, Club Classics, Vol. 1, shortly afterward. The album was released in America under the title Keep on Movin’; both “Keep on Movin'” and “Get a Life” became substantial hits, propelling the album to double platinum status.

Wheeler left the group before the recording of the group’s second album, Vol. II: 1990 – A New Decade. The album debuted at number one in the U.K., yet it caught the group in a holding pattern. Hooper soon left the collective, leaving Jazzie B. to soldier on alone. Hooper went on to work with several of the most influential and popular acts of the early ’90s, including Massive Attack (Blue Lines), Björk (Debut and Post), Madonna (Bedtime Stories), and U2 (“Hold Me, Thrill Me, Kiss Me, Kill Me”). In 1992, Soul II Soul released Vol. III: Just Right. After the compilation Vol. IV: The Classic Singles, the group’s next studio album, Vol. V: Believe, appeared in 1995.

To date Soul II Soul have sold over 6.8 million albums in over 35 territories worldwide. Jazzie has accreditation on over 35 million albums in over 100 territories, Soul II Soul have product on over 200 compilation CDs. They have performed in over 20 countries, and appeared at some of the most famous venues in the world including Wembley and New York’s Universal Ample Theatre.

2012 saw Soul II Soul awarded with the PRS for Music Heritage Award where a special plaque was erected on The Electric (formerly The Fridge) in Brixton, where the group played their first full live gig in 1991. British pride and achievement continued when “Back to Life” was featured in the Opening Ceremony of the London 2012 Olympics.