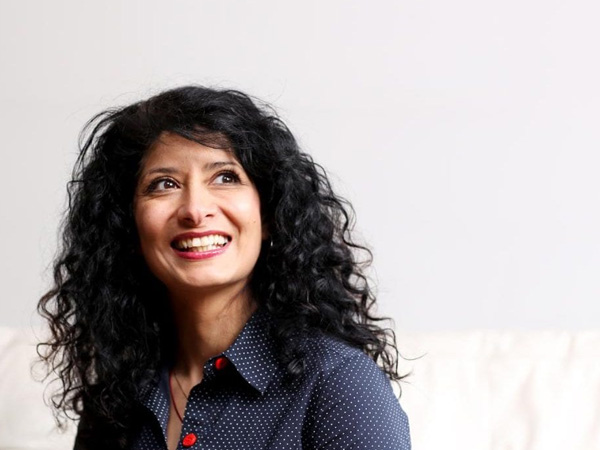 Shappi Khorsandi is one of the most recognisable faces of British comedy, performing all over the world and regularly featuring on TV programmes such as Mock the Week and live at the Apollo.

Her Feisty and witty persona keeps the audience engaged and entertained.

Shappi has made many, may Television appearances, including, 8 Out Of 10 Cats, The Big Read and Genius.

She has become a regular on Radio 4, as well as producing her own four part series ‘Shappi Talk.’

Shappi has had an astonishing career; performing stand-up comedy at Joe Wilsons’s Comedy Madhouse throughout 1997. Where she became noticed, she then started making appearances on BBC Radio 4 channel, including The News Quiz, Loose Ends and The Now Show. In 2009, she hosted her own four part series on the Radio station called ’Shappi Talk.’ Which aimed to examine what life is like growing up in multi-cultural families. The talk show gained great success; she still currently has a lot to do with Radio 4.

In 2007, Shappi appeared live on the Australia comedy talk show Rove, she was then later voted for best breakthrough act at the 2007 Chortle Awards. After she appeared on various panel shows, including 8 Out Of 10 Cats, Russell Cane, and Mock the Week. She has regularly been on the well-known BBC stand-up comedian show, Live at the Apollo.

Along-side her comedy career, Shappi has become a member of The Arts Emergency Service, which is a British charity who work with 16-19 years old who have come from diverse backgrounds. She also appeared on Channel 4’s The Celebrity Bank Job and won £59,000 to go towards her favorite charities.