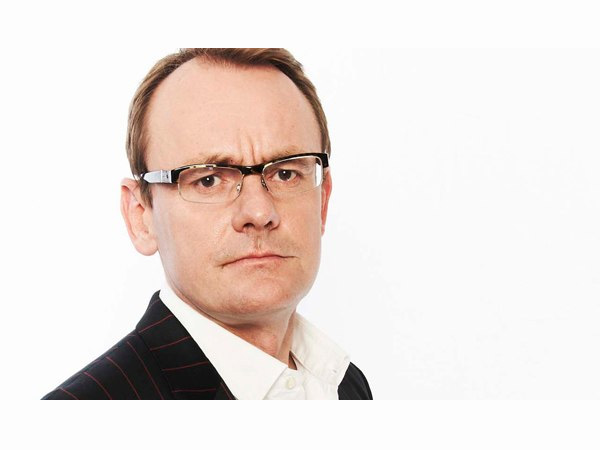 Sean is one of the UK’s most highly acclaimed and original comedians. His stand-up is the product of a hyperactive imagination combining hilariously surreal imagery and insightful observations on the human condition.

Sean is a team captain on the award winning panel show, 8 Out of 10 Cats into its seventh series and the well-loved 8 out of 10 Cats does Countdown, a bit of telly genius.

Sean is a regular at London’s Comedy Store and has appeared at all the major festivals around the world including Edinburgh, Melbourne, Montreal and the Stavanger Humorfestivat in Norway.

He will be bringing his new show Keep It Light to London’s Hammersmith Apollo on Friday 5th May 2017.

Sean’s extensive television credits include appearances on QI (BBC2), Have I Got News for You (BBC2), They Think It’s All Over (BBC2), Never Mind The Buzzcocks (BBC2), The World Of Lee Evans (Channel 4), Here’s Johnny (BBC2) and The Stand Up Show (BBC2).

As a writer Sean co-created Mark Lamarr’s Leaving The 20th Century (BBC2), and has contributed to such shows as Never Mind The Buzzcocks (BBC2), It’s Only TV But I like It (BBC2) and Is It Bill Bailey (Channel 4).
Awards

In 2000 Sean’s show No Flatley, I Am The Lord Of The Dance was nominated for the prestigious Perrier Award. That year he also received a British Comedy Award for Best Stand Up (previous winners include Jack Dee, Eddie Izzard and Jo Brand). Sean has also won a Time Out Comedy Award. Sean’s 8 Out of 10 Cats has twice been nominated for a National TV award (2006 and 2007).