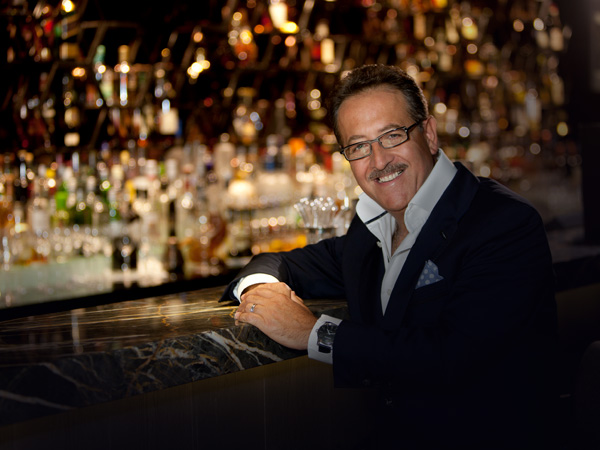 One of the UK’s Most Celebrated Bartenders

Salvatore ‘The Maestro’ is reputed to be one of the UK’s most celebrated bartenders. Having established himself at London’s Dukes Hotel, where he created the recipe for the ultimate Dry Martini, he moved to the Lanesborough Hotel, before running his own bar at the ‘Fifty St James’ club.

Accolades are given to Salvatore for his world class expertise on vintage Cognacs and his work is constantly profiled in magazines such as Tatler and Decanter. If you want to add a bit of old world glamour to your event then consider treating your guests to cocktails, as created by The Master.

After his years at Salvatore’s Bar inside the Playboy Club Mayfair, Salvatore opened his first venture into Asia in 2016 with ‘Salvatore at Maison Eight’ in the Kowloon district of Hong Kong.  He also has bars in the USA; ‘Mixology 101’ in LA, and at ‘Bound’ at The Cromwell Hotel and Casino on the Las Vegas Strip.

A best-selling author, Salvatore’s cocktail books have sold in the millions. Titles include ‘Classic After Dinner Drinks’, ‘The Complete Home Bartenders’ Guide’, ‘Virgin Cocktails’, ‘Sexy Cocktails’ and ‘Cocktails by Flavour’.   A new edition of Classic Cocktails was published by Sterling in 2015 for the UK and USA.

Over the past decade Salvatore has established himself as a world expert on vintage Cognacs, and has spent years finding and collecting and serving some of the world’s oldest and rarest vintages. Their dates mark some of history’s most important events, and his most memorable experience was opening a bottle of 1789 Cognac, the year of the French Revolution, and selling it at £1,000 a glass; coining the phrase, ‘Liquid History’.

In October 2012 Salvatore mixed four of his vintage spirits, to create ‘Salvatore’s Legacy’, the Guinness World Records ‘World’s Most Expensive Cocktail’ at £5,500 a glass. In April 2015 he set a world record for the oldest cocktail ever created; a martini containing gin and bitters from 1900, with a combined age of 300 years.

His TV appearances include This Morning (ITV), GMTV, UK Living, Carlton Food Network, Something for the Weekend (BBC2), many programmes in the USA, and on radio; Classic FM, BBC Radio2 and 5 Live.  In November 2015 he featured in Channel 5’s How The Other Half Lives.

Salvatore has been featured in the Daily Mail, Decanter, and Tatler, and written for publications including The Independent, The Guardian and The Times, GQ magazine, and Cheers: with Oz Clarke and Salvatore Calabrese.