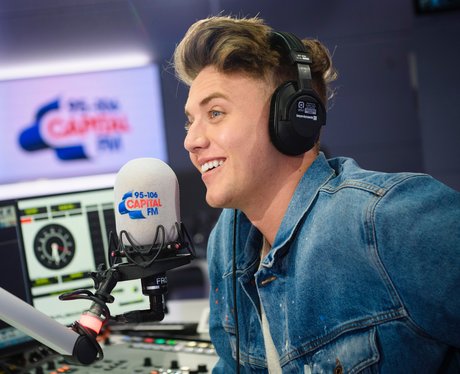 Roman Kemp is a rising star, DJ, first finding his feet on Capital FM. As a young DJ, he was given the early morning Sunday spot before being moved to more prime time spots of Saturday 5PM-8PM and late Sunday mornings. With these time slots, he could incorporate interview celebrities and develop his radio persona.

At 24 years of age, Roman was a talented DJ and held the honour of the face of The Capital Evening Show in addition to his weekend work. 2017 saw him move to the primetime slot, The Capital Breakfast, running Monday to Friday between 6AM-10AM alongside Vick Hope.

Roman expanded into television with a host of presenting and narrating gigs. He was the digital presenter and social media correspondent for The X Factor UK in 2016 showing his appeal to online audiences. On terrestrial television, Roman co-hosted Nicktoons as well as ITV2’s 2Awesome and The Hot Desk. The former saw him reunited with his radio co-host Vick Hope. His work for ITV2 also includes narration for the reality television program Bromans.

As himself Roman has appeared in celebrity versions of popular formats including an episode of First Dates for Stand Up to Cancer.