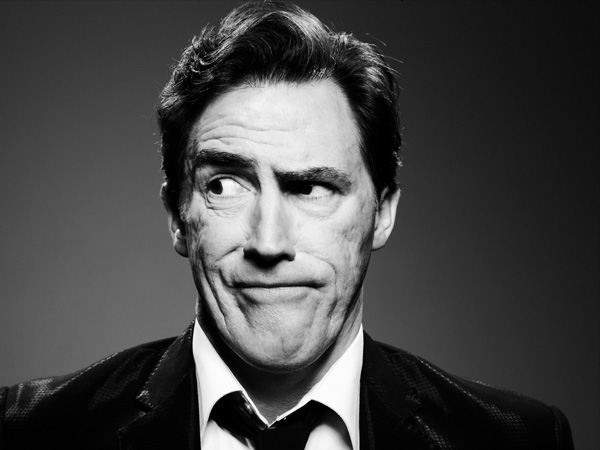 British Comedy Award winner Rob first came to the public’s attention in 2000 with the shows Marion and Geoff and Human Remains. Since then his comedy credits have included A Small Summer Party, The Keith Barret Show, Directors Commentary, Supernova, Cruise Of The Gods, Black Books, I’m Alan Partridge, Little Britain, Live At The Apollo, Rob Brydon’s Annually Retentive, QI, The Big Fat Quiz Of The Year, Have I Got News For You, Gavin and Stacey, Rob Brydon’s Identity Crisis and Would I Lie To You?.

A fantastic Host for a range of events, as a stand-up he receives rave reviews too!
“Rob Brydon’s new stand-up show is a masterclass in light entertainment” 2017

Rob Brydon was born in Swansea, South Wales on May 3rd, 1965. He studied acting at The Royal Welsh College of Music and Drama before joining BBC Wales as a radio and television presenter. Moving to London in the early ’90s he worked as a voice over artist and made occasional appearances on television. These include Barbara, The Healer, Married For Life, Eleven Men Against Eleven and Lord of Misrule. He also had small roles in the following films, First Knight, Martha, Meet Frank, Daniel and Laurence and Lock, Stock and Two Smoking Barrels.

He has appeared in the dramas Oliver Twist, Heroes and Villains: Napoleon, The Way We Live Now, Murder In Mind, Kenneth Tynan: In Praise of Hardcore, Marple and the films 24 Hour Party People, MirrorMask and A Cock and Bull Story.

Rob has appeared as a guest on Friday Night With Jonathan Ross, Parkinson, Richard and Judy, The ONE Show, The F Word, This Morning, Top Gear and The Paul O’Grady Show.

His many radio guest appearances include, I’m Sorry I Haven’t A Clue, Just A Minute, Loose Ends, Steve Wright In The Afternoon, Jonathan Ross, Chris Evans, and Ken Bruce also guest hosting the Ken Bruce and Steve Wright shows for BBC Radio 2. As narrator, The Flight Of The Conchords, Make ‘Em Laugh, The Colonel Parker Story and Tom Jones, From The Valleys To Vegas.

Rob is also known for his versatile voice. He has narrated Little Britain Down Under, Valley Of Song, Becoming Bond,Holmfirth Hollywood and 100 Greatest Comedy Moments. He has also performed character voices for the animations The Gruffalo, Body Beautiful, The Legends of Treasure Island, The Baskervilles and Robbie The Reindeer: The Legend Of The Lost Tribe.

In 2009 alongside Ruth Jones, Robin Gibb and Sir Tom Jones, Rob reached number one in the charts with the single Islands In The Stream, in aid of Comic Relief. He also embarked on an eighty seven date tour of the UK with his stand up show, Rob Brydon Live, this included a three week run in London’s West End.

“… Rob Brydon doesn’t just entertain a crowd – he woos them … Beneath the cheese and mock-incompetence there’s a serious talent at work. ” The Telegraph 2017