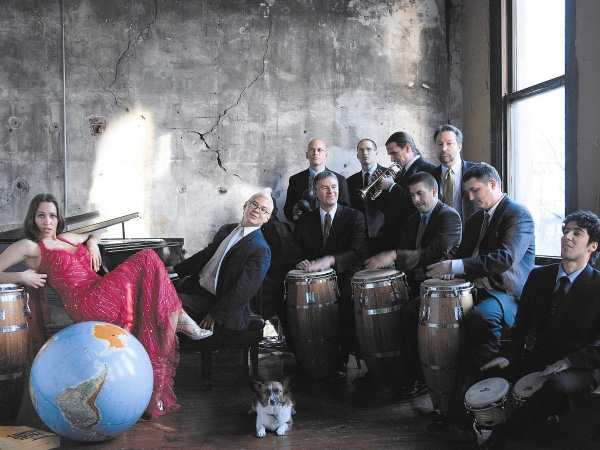 Pink Martini are a diverse collective drawing inspiration from music from all over the world. Crossing genres of classical, jazz and old-fashioned pop – and hoping to appeal to conservatives and liberals alike, the “little orchestra” Pink Martini was founded in 1994. Their main aim was to create more beautiful and inclusive musical soundtracks for political fundraisers for progressive causes such as civil rights, affordable housing, the environment, libraries, public broadcasting, education and parks.

Today, they continue to delight guests all over the world at corporate and private events with their rich and beautiful sounds whilst collaborating with the high profile vocalists.

Featuring a dozen musicians, Pink Martini performs its multilingual repertoire on concert stages and with symphony orchestras throughout Europe, Asia, Greece, Turkey, the Middle East, Northern Africa, Australia, New Zealand, South America and North America. Pink Martini made its European debut at the Cannes Film Festival in 1997 and its orchestral debut with the Oregon Symphony in 1998 under the direction of Norman Leyden. Since then, the band has gone on to play with more than 50 orchestras around the world, including multiple engagements with the Los Angeles Philharmonic at the Hollywood Bowl, the Boston Pops, the National Symphony at the Kennedy Center, the San Francisco Symphony, the Cleveland Orchestra, and the BBC Concert Orchestra at Royal Albert Hall in London.

Other appearances include the grand opening of the Los Angeles Philharmonic’s Frank Gehry-designed Walt Disney Concert Hall, with return sold-out engagements for New Year’s Eve 2003, 2004, 2008 and 2011; four sold-out concerts at Carnegie Hall; the opening party of the remodeled Museum of Modern Art in New York City; the Governor’s Ball at the 80th Annual Academy Awards in 2008; the opening of the 2008 Sydney Festival in Australia; multiple sold-out appearances, and a festival opening, at the Montreal Jazz Festival, two sold-out concerts at Paris’ legendary L’Olympia Theatre in 2011; and Paris’ fashion house Lanvin’s 10-year anniversary celebration for designer Alber Elbaz in 2012. In its twentieth year, Pink Martini was inducted into both the Hollywood Bowl Hall of Fame and the Oregon Music Hall of Fame.