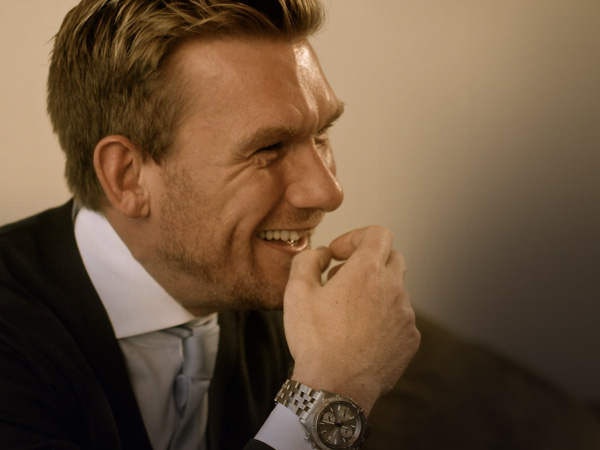 Peter is an Award Winning General Manger, with over 20 years of international experience in the hospitality sector.

An engaging and natural motivational speaker, Peter talks about being prepared to work at anything, learning lessons along the way, and going from washing dishes to UK Restaurant Manager of the Year. A brilliantly told, rags to riches story, that appeals to everyone and inspires all. Peter grew up on a council estate. A dyslexic, he left school at 16 – with no plans for the future, but the story of how he’s achieved success against the odds is a thrillingly motivational experience. Peter’s wonderful life story captivates and inspires people and audiences immediately warm to him and his story.

Peter is currently the General Manager at Galvin at Windows and 10 Degrees Bar.

In 2006 Peter became the Restaurant Manager at the prestigious Babylon Restaurant, at The Kensington Roof Gardens in London. During this period he worked directly for Virgin Group Chief, Sir Richard Branson. In 2009 Peter won the highly coveted UK Restaurant Manager of the Year Award and a prestigious Catey Award for Manager of the Year in 2014.What Peter has achieved illustrates how hard work, humility and perseverance eventually reward those who make the effort.

Peter has jumped through some extraordinary hoops on his way to his present day success. In the beginning Peter describes himself as a dyslexic lad from a council estate in Liverpool.

Having left school in Liverpool at the age of 16 with fewer than a handful of GCSEs to his name, he was unclear which direction his career was going to take until, aged 18, his sister, then working as a model in Miami invited him to visit for two weeks and he stayed for four years. Peter’s first job in Miami was as a dishwasher. “I loved the job,” says Peter. “I went in every day knowing that each and every dish I washed was going to be done to the best of my ability.” With such an attitude it was hardly surprising that within a couple of months he had been noticed by the owner and was asked to help out as a commis waiter. Extraordinarily, after just one service on the floor, Peter never returned to the kitchen. His boss Nick had been so impressed with the way he handled the customers that he decided to rid Peter of his aprons for ever. “Your people skills are fantastic,” praised Nick. “Keep at it and you will get to the top of your game.” The rest, as they say, is history.

In the intervening years Peter has been head waiter at the MGM Grand Hotel in Las Vegas, where the importance of training, communication, service, consistency and grooming were instilled in him; a waiter at the Royal Garden Hotel, London, where his general manager spotted his burning ambition and put him on a trainee manager course; and assistant manager at a private restaurant in Knightsbridge, London.

In 2009 he was crowned UK Restaurant Manager of the Year. Teamwork, Customer Service & Responsibility “Never be complacent,” says Peter. “Always be ahead of the game and never lose your passion for whatever it is you choose to do.” Peter also believes that it’s a manager’s responsibility to instil passion into his or her team and to get everyone working to their very best. “Over the years I have observed how not to manage people,” says Peter. Every day the staff not only all come together for two half-hour “chat” sessions, but they also have daily “family meals together,” as Peter puts it. Not only does this ensure that everyone is well fed and consequently able to do their jobs better, but everyone knows and cares about each other, and works enthusiastically as a team.

“Like me, Peter believes it is very important in a business to take a keen interest in the people who work for them. Their happiness reflects on their performance as well as on the pervading mood of the business. Peter always goes that extra mile with his team and guests, and truly loves what he does, and that shows.” – Sir Richard Branson