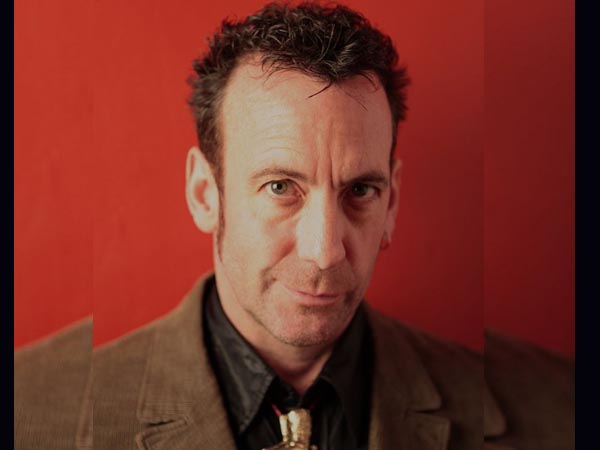 Paul Zenon has over twenty years’ of experience performing after-dinner cabaret sets, hosting awards ceremonies and appearing on the stand-up circuit. He has performed for audiences at top venues all over the world, ranging in size from a dozen to thousands. Paul is the ideal comedic magician to add a little extra sparkle to your event.

His highly adaptable act has been described as street-style magic played for laughs and as stand-up comedy with tricks. The magic is contemporary, personalised and funny and his style is cheeky and irreverent but without being offensive.

Throughout his teenage years, Paul spent the school summer holidays working in the Blackpool magic and joke shop ‘The House of Secrets’ which was run by Bill Thompson, who became his lifelong friend and mentor. When he died in March 2012, he was honoured by Paul and his other protégés with a one-off variety show ‘Bill’s Magical Mystery Tour’ held at the Pavilion Theatre at Blackpool’s Winter Gardens in August 2013.

After early performances at seaside hotels, with several dates supporting rock band Hawkwind on tour and being the lead singer in Blackpool band Crackousrockanroll, at the age of 19 Paul travelled Europe as a street performer, performing magic and fire-eating and supplementing his income with fortune-telling. On his return to the UK, he began performing in summer seasons and comedy clubs and went on to host tours for the British, UN and US Forces in locations including Germany, Gibraltar, Benbecula, Croatia, Bosnia, Serbia, Belize, Argentina, the Falkland and Ascension Islands and on board the aircraft carrier HMS Invincible.

Paul has performed and presented at corporate events worldwide since the early eighties and more recently has been a regular performer at international Arts and Fringe Festivals including Edinburgh, Brighton, London, Dublin, Cork, Adelaide, Melbourne, Brisbane and Auckland, both as guest performer and with his own solo shows, ‘Turning Tricks’, ‘Off the Street, On the Road’, ‘Cabinet of Curiosities’, ‘Lounge Wizard’ and ‘Linking Rings’. He has also produced and presented shows in his own bespoke venue, ‘The Marquee de Sideshow’ at the Edinburgh, Adelaide and Brisbane Festivals. Since its inception in 2003, he has been a long-term regular in the Olivier award-winning New Variety show ‘La Clique’ and its spin-off production ‘La Soiree’.

Between 1980 and the present day, Paul has made numerous television appearances as performer, presenter and pundit including a Royal Command Performance, several one-man ‘specials’ and more recently as a regular Dictionary Corner guest on Channel 4’s ‘Countdown’.

Paul is a Member of the Inner Magic Circle with Gold Star status and is a leading expert on the life of Harry Houdini and other historical magicians and entertainers including Chung Ling Soo and Jasper Maskelyne. He is the author of three published books, and has been an active skeptic invited to give commentary on numerous television and radio shows. In 2012, Paul collaborated with cult comic book artist Vince Ray to produce a custom deck of playing cards: the Z-Ray Deck, printed by the United States Playing Card Company, as part of their ‘Bicycle’ brand.

Paul has been an active skeptic invited to commentate on numerous TV and radio programmes as well giving live talks, including TedX Salford, Centre for Inquiry, Goldsmiths, University of London, Ratio Conference Bulgaria, and in 2014 he hosted the QED Conference in Manchester.

Recently, Paul has ventured back into acting, making appearances in several short films, and has written, produced and performed his first one-man stage drama, ‘Linking Rings’, at Brighton and Edinburgh Festivals which received 5 star reviews from The Edinburgh Evening News, The List and Fringe Review.

In October 2015, Paul was presented with the Carlton Award for Comedy at a ceremony at the Magic Circle’s London headquarters.

In January 2016, Paul made his one-man West End debut in ‘Linking Rings’ at the Jermyn Street Theatre in London.