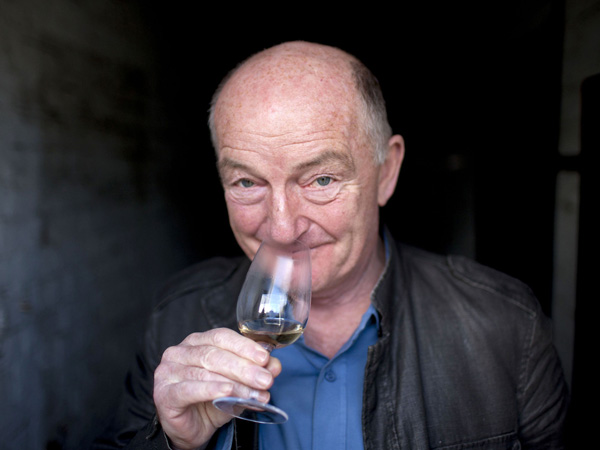 One of the World’s Leading Wine Experts

Oz Clarke is one of the world’s leading wine experts, whose formidable reputation is based on his extensive wine knowledge and accessible, no-nonsense approach. His tasting skills have won him an international reputation and he is acknowledged the world over, as having one of the finest palates of anyone writing about wine today. He brings a refreshingly unorthodox wit and directness to the subject and has won all the major wine writing awards both in the UK and the USA many times over.

Recently on TV he has made guest appearances on The One Show, Pointless Celebrities, and Celebrity Antiques Roadtrip.

His frequent TV and radio appearances are broadcast internationally.  Oz is well known for presenting the long running BBC series, Food & Drink, between 1982 and 2002.  Between 2006 – 2009 he presented three successful BBC Two series’ with co-presenter James May and guest appearances in James May’s Toy Stories, as well as two series with Hugh Dennis 2009 – 2011.

For their series and the accompanying book, Oz and James were awarded the International Wine Challenge Personality of the Year Award, the TRIC TV Arts/Documentary Programme of the Year Award and the Gourmand World Cookbook Award for Best Wine Literature.

His international reputation has made Oz a popular choice for the likes of Singapore Air to whom he is wine consultant, and Celebrity Cruises where he hosts the Immersive Wine Cruises.  He also regularly hosts wine tastings and talks for international corporate clients.

Oz’s awards include the Lanson Special Millennium Award 1999 for outstanding contribution to wine communication and education, and the International Wine & Spirit Competition ‘International Drinks Communicator of the Year Award 2006’.  In 2010 Oz was made a Officier de l’Ordre du Mérite Agricole by the French government for services to French agriculture, and he was honoured with a Lifetime Achievement Award at the Drinks Retailing Awards 2015.

Before wine took over his life in 1984, Oz was a full-time actor and singer, starring in West End hit shows such as ‘Evita’, ‘Sweeney Todd’ and ‘The Mitford Girls’, and touring with the Royal Shakespeare Company.  Oz is also sports mad and supports Gillingham Football Club, near his childhood home in Kent.