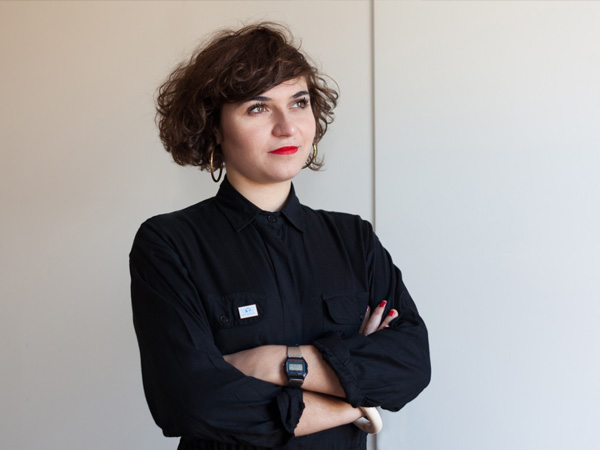 The ‘Willy Wonka of Design and science”

Nelly is an award-winning director and designer of experiences and works with leading scientists and engineers, to devise subversive events and experiences.

A fearless and passionate provocateur Nelly has been touted as one of 50  international designers who are shaping the future and was also nominated for a Women of the year achievement award, which rewards women ‘who have made a significant achievement and are being recognised for their strides in making the world a better place.’

Enthusiastic and motivating Nelly brings chaos and subversion to design and events, leaving audiences with a vibrancy which cannot be easily forgotten. Working with Fortune 500 companies all around the world, Nelly is regularly invited to share her unique and ground breaking approach to re-imagine a new world.

One of Nelly’s many titles includes being the brains behind International Space Orchestra at NASA, an experimental and hybrid research laboratory where astronauts and space scientists have been invited to “implement, deconstruct, perform, sing, mix, modify, and design musical acts in control rooms.”

Her most ambitious project to date, the International Space Orchestra (ISO) is the world’s first orchestra of space scientists. A self-confessed “no one”, Ben Hayoun used her interminable energy and powers of persuasion, to bring together space scientists, astronauts, authors and leading musicians like Beck, Bobby Womack, Damon Albarn, Maywa Denki, Bruce Sterling and Penguin Café in a musical collaboration that was literally launched into space in 2013.

Nominated by Icon Magazine in 2013 as one of the 50 international designers “shaping the future”  Ben Hayoun’s bold design practice has investigated the empty lands of Chernobyl Exclusion Zone, 100m below ground at the Large Hadron Collider and collided atoms at SLAC. Ben Hayoun has also got stuck in a Soyuz rocket capsule in Baikonur Cosmodrome, and experienced a sonic boom in the neutrino Observatory Super K in Japan. Shortlisted by Icon magazine for best Emerging Design Practise, Ben Hayoun is a true pioneer and her work is unlike any other at this point in time – it will be a marker in design history.

In her spare time Nelly is training to be an astronaut and is writing a PhD.