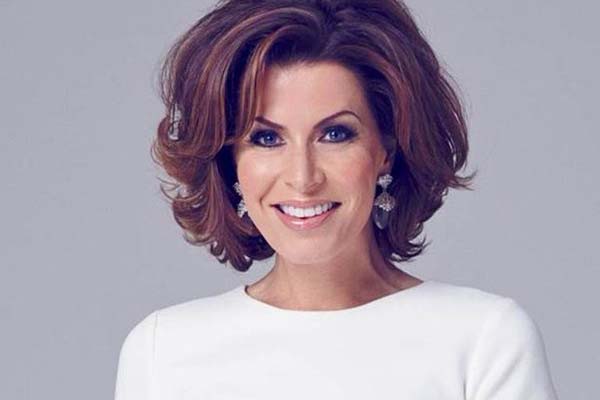 One of the UK’s leading broadcasters

Natasha is one of the UK’s leading broadcasters and one of the most familiar faces of TV news.

A popular choice as Conference Facilitator and host, she is currently one of the anchors for the ITN network and in previous years was the ‘face of Five’, anchoring the channel’s main evening news programme. She joined the BBC in 2002 co-presenting the daily, three-hour live Breakfast show with Dermot Murnaghan, developing a reputation for incisive interviewing with a gentle touch where necessary and went on to co-present the Six O’clock News for two years with George Alagiah, finishing in October 2007.

In 2004 she discovered a hidden talent when she took part in a new peak-time Saturday night programme called Strictly Come Dancing… She went on to become the first winner of what turned into a TV institution. She took part again in most of the second series – though this time as co-presenter with Bruce Forsyth – and in Summer 2005 hosted a one-off special, Strictly African Dancing, as part of the BBC’s Africa Lives season. As part of the same season, Natasha also returned to her African roots to present BBC Breakfast from Kenya – her childhood home – and film a special report in South Africa.

While news remains her first love, Natasha enjoys the chance to host the occasional entertainment programme. Whilst at the BBC she hosted New Year Live, and joined Terry Wogan to co-present Making Your Mind Up, (the show which decided the UK’s contestant for the Eurovision Song Contest) and Children In Need, all for BBC1. She presented one of the Proms in the 2006 season for the BBC. In 2005 she hosted the BBC’s Bafta red carpet coverage and The VE Day Celebrations, live from Trafalgar Square. Other appearances have included the Royal Variety Show, co-presenting the final of BBC-2’s Restoration with Griff Rhys-Jones and she has also appeared as a guest on That Sunday Night Show with Adrian Chiles, Have I Got News For You, The Kumars at No 42, and several episodes of the BBC comedy My Hero.

Natasha was the subject of one of the programmes in the popular BBC1 television series, Who Do You Think You Are? in September 2007, in which she traced the moving wartime story of her father’s Jewish family in Belarus, and her father’s turbulent background as an anti-apartheid activist in South Africa.

In 2013, Natasha also hosted a one-off documentary alongside Mark Williams-Thomas for ITV called On the Run. The show featured a manhunt attempting to track down a pair of wanted criminals in order for them to be brought to justice. She also teamed up with Mark for another moving one-off ITV documentary entitled Missing: Without Trace where they attempted to reunite two families with missing family members.

In 2014, Natasha presented the hugely successful Big Screen opera events for the Royal Opera House. These events are one of their biggest outreach initiatives, fulfilling their aim to engage a wide new audience with opera. She also became a member of the Prime Minister’s Holocaust Commission investigating whether further measures should be taken to ensure Britain has a permanent and fitting memorial to the Holocaust and educational resources for future generations.

Recently, Natasha gained unprecedented access to the secretive world of the Queen’s New Year’s Honours in the one-off documentary for ITV, The People’s Medal. The programme allowed her to take a look at the selection process for the Royal British Empire Medal, meeting some of its worthy recipients along the way.
She worked in the press offices of Neil Kinnock and John Smith before spotting an advertisement for a news presenter with Meridian in the South East. She was taken on to present early-morning bulletins but soon found herself anchoring the station’s evening news magazine. She moved to Carlton in London to host news and current affairs programmes including their flagship nightly news show.

In 2000 she joined Sky News and was a leading member of the presenting team when the channel won a BAFTA for Best News Channel.

She is a patron of the medical relief agency Merlin and The Willow Foundation, which organises special days for seriously ill young adults. Since 2010 she has been an Ambassador for Save The Children, visiting projects in India and South Africa as part of the No Child Born To Die campaign.  This connection made her the natural choice for her role as host of ITV’s new entertainment show, Born to Shine, which was  produced in partnership with Save the Children, and nominated for the Rose D’Or.