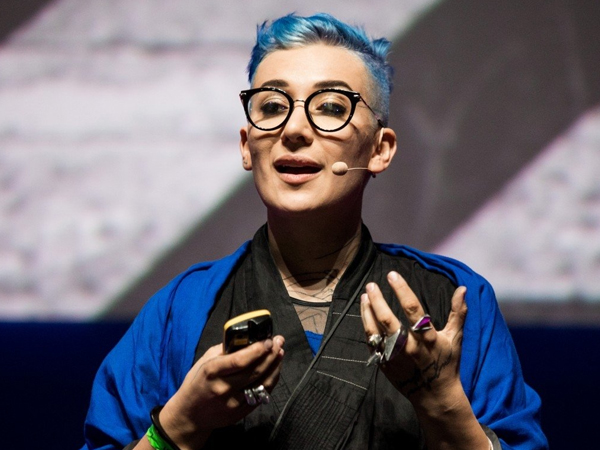 A futurist with an artist’s eye and an inventor’s mind, Monika Bielskyte prototypes culturally diverse, socially and environmentally engaged future world designs for the entertainment industry, technology companies, and cities.  A large part of her time is devoted to research and strategy in the immersive media technology space (Augmented, Mixed and Virtual Reality). Monika’s work consists in connecting bleeding edge technological innovation with some of the world’s most original creative visions.

She is also a co-founder of ALLFUTUREEVERYTHING, an agency & a platform for prototyping futures.

In mind-bending talks, Monika leads audiences on a journey through what could be. She takes the most cutting-edge digital concepts and places them squarely in our material world, opening our eyes to a future where we live with, in, and around technology much more deeply than we do today.

GET IN TOUCH
Maggie Aderin-Pocock