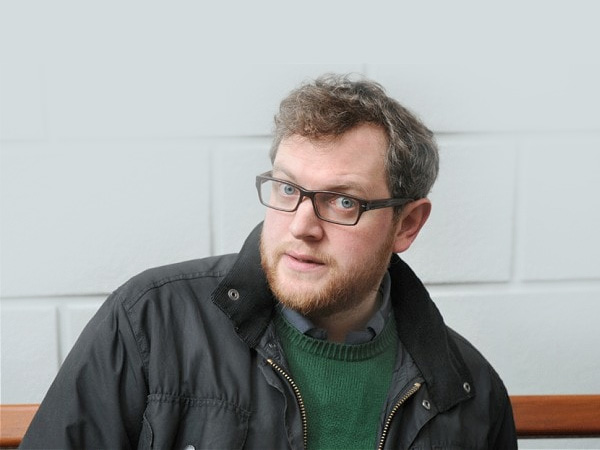 Described by the Telegraph as “a very British tour-de-force”, Miles Jupp has appeared as a performer across a wide range of genres – from stand-up comedy and theatre to major television series and Hollywood films.

He has contributed to many BBC Radio 4 shows such as The Vote Now Show and Loose Ends. As well as creating Miles Jupp’s Real World, he presented It’s Not What You Knowand can now be regularly heard on Radio 4 as host of The News Quiz. Miles also wrote and starred in In and Out of the Kitchen on Radio 4, of which there have been four series so far and became a television  show on BBC4.

On television, Miles continues to work as a comedian and presenter, appearing in such shows as Michael McIntyre’s Comedy Roadshow, Have I got News For You, Mock the Week, Never Mind the Buzzcocks, Argumental, Just a Minute, Live At The Apollo and Stewart Lee’s Comedy Vehicle.

As an actor on television he has appeared in the award-winning BBC2 sitcom Rev, The Thick Of It, Outnumberedand Gary: Tank Commanderas well as the popular children’s TV show, Balamory. More recently he has appeared inThe Crown on Netflix, Howards End for the BBC, and The Durrells and Bad Move for ITV.

In 2012, Miles made his National Theatre debut in Alan Bennett’s People and in 2015 went on to perform in the theatre’s critically acclaimed production of Rules for Living alongside Stephen Mangan. He has also appeared in The Way Of The World at Northampton Royal Theatre, A Death In The Death Of Joe Egg at the Glasgow Citizens and Neville’s Island in the West End.

Miles’ film credits have gone from strength to strength, appearing in international features such as George Clooney’s The Monuments Men, Michael Winterbottom’s The Look Of Love, Nigel Cole’s Made In Dagenham and Jon Stewart’s Rosewater. Recent appearances include Saul Dibb’s Journey’s End and Bharat Nalluri’s The Man Who Invented Christmas, in which he played William Makepeace Thackeray.

Miles also appeared as Blackberry in the new version of Watership Down for the BBC and Netflix that was on television at Christmas. It was adapted from Richard Adam’s novel by Tom Bidwell and the cast includes Olivia Colman, James McAvoy, Gemma Arterton, John Boyega, Daniel Kaluuya, Anne-Marie Duff and Freddie Fox.

“this show goes from strength to strength“ Guardian

“A new level of middleclass angst in comedy” Chortle

“A class act as always” The Scotsman