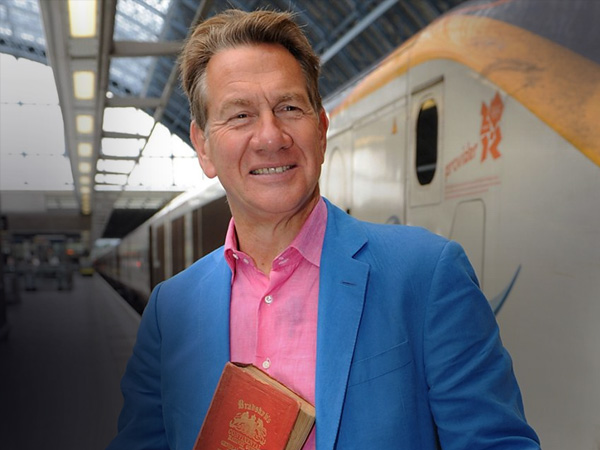 Following his career in government Michael has become an increasingly popular face on our TV screens, he has made a number of television programmes for BBC2 including over 100 episodes of Great British Railway Journeys and Great Continental Railway Journeys.

Since 2006 he has been on The Moral Maze team for BBC Radio 4 and in 2003 he became a regular on the late night weekly political discussion programme This Week on BBC1 with Andrew Neil.

Michael’s background in politics and expansive knowledge of parliament and current affairs make him an excellent choice as an after dinner speaker; a supporter of Brexit Michael will speak candidly on the subject and what he recognises are the possibilities for a post Brexit Britain.

After his 1997 electoral defeat, Michael turned to journalism. He had a weekly column in The Scotsman. He had a three part series for Channel 4 about politics Portillo’s Progress, and a programme in BBC2’s Great Railway Journeys series, which was partly a biography of his late father, and radio programmes on Wagner and the Spanish Civil War.

Michael was re-elected to Parliament 1999 and was Shadow Chancellor of the Exchequer February 2000 – September 2001.

For six years he was a weekly columnist on The Sunday Times and was the theatre critic of The New Statesman between 2004 and 2006.

Michael was a member of the International Commission on Missing Persons in the former Yugoslavia (which organises the identification of massacre victims) from 1998 to 2012. He sat on of the Board of BAE Systems plc from 2002 to 2006.

In 2008 he chaired the judges of the Man Booker prize, in 2011 he chaired the Art Fund Prize and in 2012 he chaired the committee recommending grants for endowment to arts and heritage institutions under the government’s Catalyst programme.