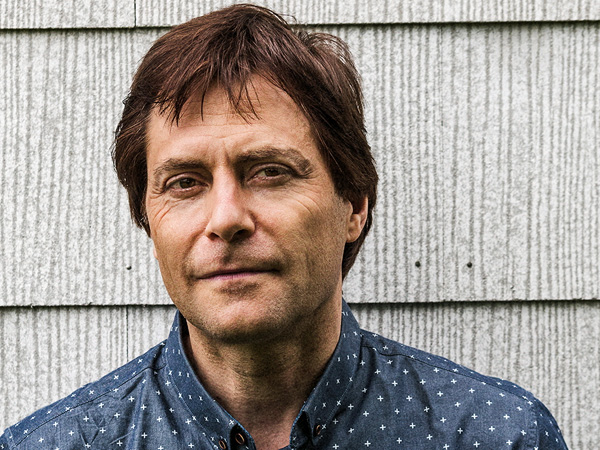 Swedish-American cosmologist Tegmark is known as “Mad Max” for his unorthodox ideas and passion for adventure.

He is fascinated by AI and the the future of life. There’s been much talk about AI disrupting the job market and enabling new weapons, but very few scientists talk seriously about the elephant in the room: what will happen once machines outsmart us at all tasks? That’s why he wrote his most recent book, Life 3.0 Being Human in the Age of Artificial Intelligence to help all of us join in the most important conversation of our time.

How Artificial Intelligence will Change the World. Life 3.0

Tegmark has featured in dozens of science documentaries, and his work galaxy clustering shared the first prize in Science magazine’s “Breakthrough of the Year: “.

He holds a Ph.D from the University of California, Berkeley,  is the author/co-author of more than 200 technical papers and is a physics professor at MIT. His research has ranged from cosmology to the physics of cognitive systems, and is currently focused at the interface between physics, AI and neuroscience.

“This is a compelling guide to the challenges and choices in our quest for a great future of life, intelligence and consciousness—on Earth and beyond.” — Elon Musk, Founder, CEO and CTO of SpaceXand co-founder and CEO of Tesla Motors

“All of us—not only scientists, industrialists and generals—should ask ourselves what can we do now to improve the chances of reaping the benefits of future AI and avoiding the risks. This is the most important conversation of our time, and Tegmark’s thought-provoking book will help you join it.” — Prof. Stephen Hawking, Director of Research, Cambridge Centre for Theoretical Cosmology

“Tegmark’s new book is a deeply thoughtful guide to the most important conversation of our time, about how to create a benevolent future civilization as we merge our biological thinking with an even greater intelligence of our own creation.” — Ray Kurzweil, Inventor, Author and Futurist, author of The Singularity is Near and How to Create a Mind

“Being an eminent physicist and the leader of the Future of Life Institute has given Max Tegmark a unique vantage point from which to give the reader an inside scoop on the most important issue of our time, in a way that is approachable without being dumbed down.” — Jaan Tallinn, co-founder of Skype

“This is an exhilarating book that will change the way we think about AI, intelligence, and the future of humanity.” — Bart Selman, Professor of Computer Science, Cornell University

“The unprecedented power unleashed by artificial intelligence means the next decade could be humanity’s best-or worst. Tegmark has written the most insightful and just plain fun exploration of AI’s implications that I’ve ever read. If you haven’t been exposed to Tegmark’s joyful mind yet, you’re in for a huge treat.” —Prof. Erik Brynjolfsson, Director of the MIT Initiative on the Digital Economy and co-author of The Second Machine Age

“Tegmark seeks to facilitate a much wider conversation about what kind of future we, as a species, would want to create. Though the topics he covers&emdash;AI, cosmology, values, even the nature of conscious experience&emdash;can be fairly challenging, he presents them in an unintimidating manner that invites the reader to form her own opinions.” —Prof. Nick Bostrom, Founder of Oxford’s Future of Humanity Institute, author of Superintelligence

“I was riveted by this book. The transformational consequences of AI may soon be upon us—but will they be utopian or catastrophic? The jury is out, but this enlightening, lively and accessible book by a distinguished scientist helps us to assess the odds.” —Prof. Martin Rees, Astronomer Royal, cosmology pioneer, author of Our Final Hour

“it should be among the most important items on our political agenda. Unfortunately, AI has so far hardly registered on our political radar. … when science becomes politics, scientific ignorance becomes a recipe for political disaster. … Max Tegmark’s Life 3.0 tries to rectify the situation. Written in an accessible and engaging style, and aimed at the general public, the book offers a political and philosophical map of the promises and perils of the AI revolution. Instead of pushing any one agenda or prediction, Tegmark seeks to cover as much ground as possible, reviewing a wide variety of scenarios concerning the impact of AI on the job market, warfare and political systems. Life 3.0 does a good job of clarifying basic terms and key debates, and in dispelling common myths.” —Yuval Noah Harari, The Guardian