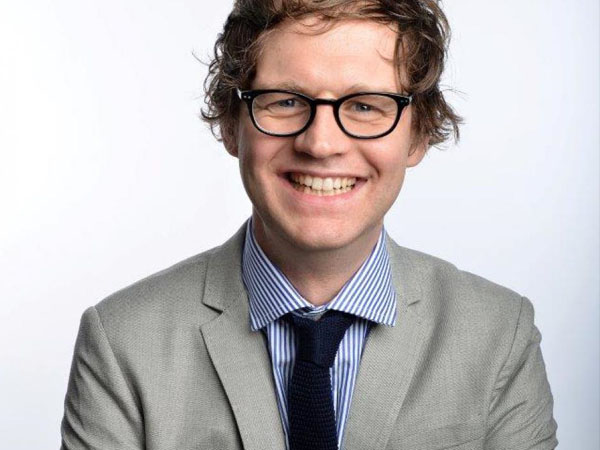 Mark Dolan is a comedian, broadcaster and writer. He’s  a charming, intelligent and witty host, bringing a wealth of experience and professionalism to any corporate event.

Best known as the host of Channel 4’s iconic comedy series Balls of Steel, Mark also fronted three hit series of globetrotting documentaries of The World’s …and Me in which he met the most extraordinary people on the planet.

Inspired by the hit series, The World’s Most Extraordinary People …and Me was published in 2010 and became a Sunday Times bestseller. A follow-up edition, Do You Mind If I Put My Hand On It was released two years later.

He launched both E4 and More 4, fronting new shows: Show Me The Funny and The Last Word.

Mark began his career as a stand-up in 2000, reaching the final of the competition So You Think You’re Funny. Since then he has performed stand-up all over the world, delighting audiences with his quirky humour and onstage charm. He has appeared for ten years at the Edinburgh Fringe Festival and with many successful solo shows.

In 2014 Mark appeared on a 4Short show, Taxi Gags. Later that year, he showed off his cooking skills by winning won Come Dine With Me Celebrity Christmas Special for Channel 4. He then took the challenge of co-hosting the comedy panel show If Katie Hopkins Ruled The World for TLC.

Mark presented a daily show on Fubar Radio, Mark Dolan Eats the News. He has guest contributed on LBC’s Breakfast Show and co-hosted on The Saturday Show for Channel 5.

This year he returned to the world of documentaries, recording an exclusive US series for Audible, Mark Dolan’s VIP Lounge. He also competed in Channel 4’s The Jump.

Other recent TV credits include Urban Legends, The Cars That Made Britain Great and The Best Of Bad TV for Channel 5 and TV’s Greatest Detectives for Channel 4.

Some of Mark Dolan’s Credits Include:

The Cars That Made Britain Great (C5)