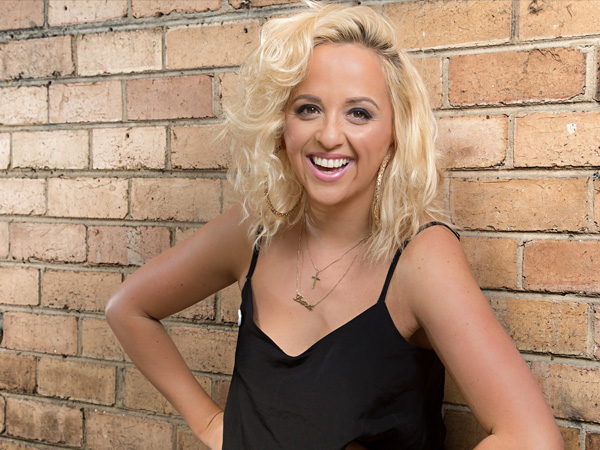 Luisa Omielan’s first stand up show ‘What Would Beyoncé Do!? is considered the most successful debut stand-up comedy show ever to come out of the Edinburgh Fringe Festival. WWBD?! has been toured across the globe, been turned into a memoir published by Penguin Random House and was broadcast as a stand-up special on BBC1 in March 2017 before moving to BBC iPlayer for 5 months.

Luisa’s follow up show ‘Am I Right Ladies?!’ proved to be equally as successful receiving numerous five-star reviews and critical acclaim. Luisa also crowd-funded a DVD of the show, filmed at London’s Bloomsbury Theatre and released it through her own website.

Read More
Recently, Luisa has co-hosted Comic Relief on BBC1 alongside Lenny Henry and Jonathan Ross, appeared on Live at the Apollo in December, confirmed her own TV show ‘Politics for Bitches’ for the BBC for broadcast in 2018, sold out the Shepherds Bush Empire, the O2 Forum and another UK tour.

Her shows are inspirational, aspirational, motivational and from the heart. Luisa’s shows are essentially a party but with social commentary; she discusses everything from mental health to sex, from career insecurity to body image. Most recently, after the tragic death of her mother, Luisa has been talking about cannabis, cancer, grief and palliative care and the response has been phenomenal. She brings serious topics to the surface whilst making them hilariously funny but extremely accessible – all of which inspired her to create her latest live show ‘Politics for Bitches’, for which she has been described as ‘A comedian, evolved.’

With ‘Politics for Bitches’ receiving such wide critical acclaim during the Edinburgh Fringe, it was adapted into a full series by the BBC under the same name. Airing across BBC1 and BBC3, Luisa explores in depth issues she touches on during her live show and in a seat gripping call to arms she challenges the way we see politics and makes us want to do something about it. Tackling a nuance of the comedies hardest topics and molding them into a five-star show, Luisa demonstrates she has complete crowd control regardless of the topic she’s handling.

Luisa was named as BAFTA Breakthrough Brit for her TV series ‘Politics For Bitches’- the first and only comedian to ever be award this accolade.

In London, Luisa has had over 20 sell-out runs of both her solos shows. She’s sold out 5 UK tours, and has also toured in LA, New York, Singapore, Ireland, Estonia, Toronto, Helsinki and across Australia where she was nominated for ‘Best Stand Up Show’ two years in a row.

Her performance from the Melbourne International Comedy Gala currently has over 45 MILLION collective views online, and is now affectionately known as the ‘Thigh Gap’ video.

Luisa has a very unique style. She constantly looks to tackle the next big issue, from male suicide to the mental health of herself and her audience. Her current outlook focuses beyond her past shows, with her focal point being on political impacts that her audience may be unaware of or simply don’t have access to. Her shows are a must-see for guys and girls. You have never seen a comedian, or a comedy audience like this before. Luisa is a truly unique force of comedy nature.