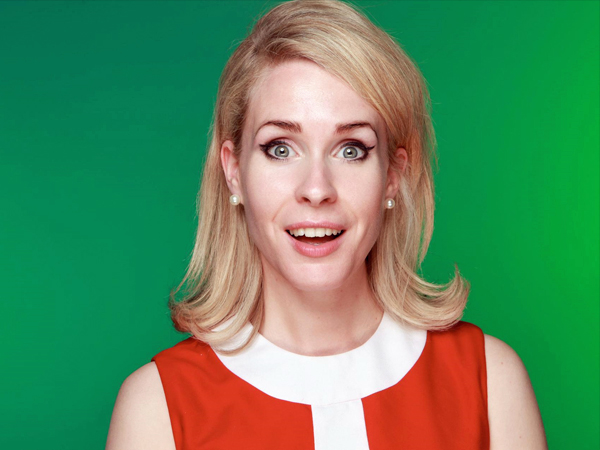 Lucy is a hugely talented comedy actress and writer. She is the writer and star of BBC Radio 4’s To Hull and Back which has had two successful series, the first airing in 2015, the second in 2016, and a third series is in production. The radio sitcom also stars Maureen Lipman and Norman Lovett. In 2014, she was nominated for the Foster’s Newcomer Award with her debut Edinburgh show, We Can Twerk It Out, for which she was described by Chortle as “irresistibly endearing”. She was winner of The BBC New Comedy Award in 2012 and the Chortle Award for Best Newcomer in 2013. Lucy was a finalist in the Leicester Mercury Comedian of the Year 2013 and in August 2011 she was also ranked joint third in the Gilded Balloon’s nationwide stand-up comedy competition So You Think You’re Funny?

Lucy presented an episode of Artsnight for BBC Television Arts from Hull, City of Culture for 2017, which aired in February 2017 on BBC2.  Following a successful appearance on Alan Davies’ As Yet Untitled (Dave), Lucy was invited onto the sofa on the Jonathan Ross Show (ITV) alongside Keanu Reeves, Russell Brand and Olly Murs. She has also appeared on entertainment shows such as BBC2’s QI, Comedy Central’s Drunk History, BBC Radio 2’s Listomania and presented Channel 5’s What’s Going to Kill Us. In 2013, Lucy appeared on series 2 of Live At The Electric on BBC Three. She also regularly appears as a guest on Rhod Gilbert’s podcast for BBC Radio Wales, and was part of the Maltesers advertising campaign throughout 2016.

Lucy has performed in various theatre premieres, touring the UK with Hull Truck, York Theatre Royal and West Yorkshire Playhouse. She also has a number of radio credits including being a panellist on The Unbelievable Truth, Dilemma; The Magical Faraway Tree, an Enid Blyton adaptation directed by Johnny Vegas (both BBC Radio 4), History Retweeted and Crush, a 90-minute monologue for which she received a Sony Radio Award.

She is currently performing on the London stand-up circuit.

“The next Victoria Wood in the making”
Arthur Smith

“The stage Beaumont is a riot!”
The Scotsman