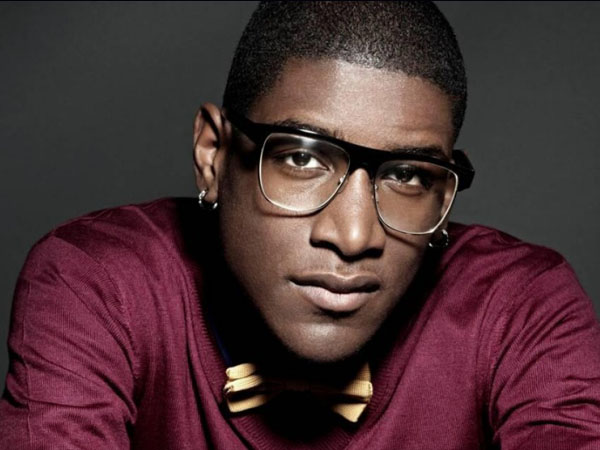 Labrinth is a London-born singer, songwriter and producer who has already cemented his status as a UK top-selling artist. With a string of Top 5 singles from his boldly innovative debut album Electronic Earth, Labrinth burst onto the music scene after writing for a variety of big name artists such as Rihanna, Mike Posner & Usher.

Sonically, Labrinth’s own sound is hard to pin down, ranging from speaker-blowing dubstep, to ominous electro rock, to orchestral funk, to the soulful piano balladry that characterizes his UK No. 1 single (and Stateside debut) “Beneath Your Beautiful,” an emotionally powerful duet with BRIT Award-winning Scottish singer Emeli Sandé that Labrinth wrote with Sandé and his RCA Records label-mate Mike Posner (“Cooler Than Me,” Justin Bieber’s 3x-platinum “Boyfriend”).

The seventh oldest of nine musically gifted kids, Labrinth grew up singing gospel hymns in the church choir, an experience he credits with teaching him how to harmonize and perform. He also sang in a gospel group with his extended family of aunts, uncles, and cousins, and later joined a band with his siblings that performed in jazz and soul clubs around London. At 15, Labrinth began creating his own tracks, inspired by his older brother who did the same out of his bedroom. Labrinth launched himself as a producer with rapper Master Shortie’s “Dead End,” which landed him a publishing deal with EMI. In February 2010, Tinie Tempah’s “Pass Out,” which he co-wrote, produced, and guested on (uncredited), debuted at No. 1 on the UK Singles chart, won a BRIT Award for “Best British Single,” and earned Labrinth a prestigious Ivor Novello songwriting award. His second collaboration with Tempah, “Frisky,” debuted at No. 2. Labrinth was off and running.

In June 2010, music mogul Simon Cowell approached Labrinth about signing with his label Syco Records (becoming the first artist Cowell signed in six years who was not associated with a talent show). Electronic Earth debuted at No. 2 in the UK and has sold more than 300,000copies worldwide thanks in part to “Beneath Your Beautiful,” which hit the top spot in the UK and Ireland and went Top 10 in 20 countries.