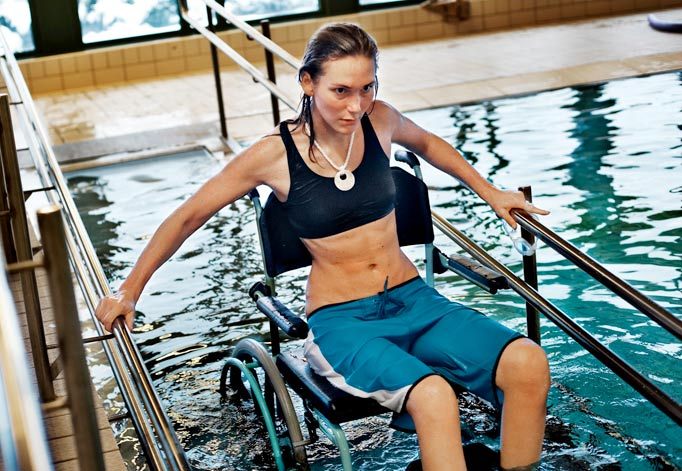 Skier and BASE jumper

As a child, Karina dreamed that she could fly like a bird. She thought they must be so happy, untouched by everything around them. She wanted to feel that freedom. Her teacher told her that people cannot fly, that she would have to learn to be more realistic in life.

Karina however, found a way to fly.

Growing up in Norway, she skied with her father from a young age. These experiences taught her that the only limits to what she could achieve were in her own head and mind which inspired her to find her vocation as a professional free skier and BASE jumper. A highly respected sports woman, Karen has the record for becoming the first and only woman to combine skiing and BASE jumping when she performed a ski-base jump; it was her own dream world of sponsorship, competitions, films, ski-movies, magazines and documentaries.

August 2006 would make a change, at the World Cup in paragliding, Karina’s life turned upside down. Invited to entertain the crowds with jumps, she was happy and felt lucky to have the opportunity to play in the air . . . flying…and creating beautiful patterns in the sky.

She jumped and flew, releasing her parachute; she started to spin – a tension in the line. Spinning and tumbling towards earth, she was unable to control the canopy she came crashing to the ground, hitting a huge rock as she landed.

Life was not plain sailing from there however and Karina struggled with endless surgeries and infections having 12cm of her femur removed and told repeatedly, she would never walk again.

Finding her strength, Karina reminded herself daily how the only limits are only in her own head and mind. It was her dreams which had taught her about challenges, about exploring untouched terrain whether you are flying or whether you are within your own mind. Step by Step Karina battled her way back to health, even to walking and very soon later, skiing and setting records again.

Since the stunt went wrong, Karina has become a hugely successful inspirational speaker, an author and had her own award winning biographical documentary, ’20 seconds of joy’, the result of 7 years hard work captures the brutal reality of a child’s dream.