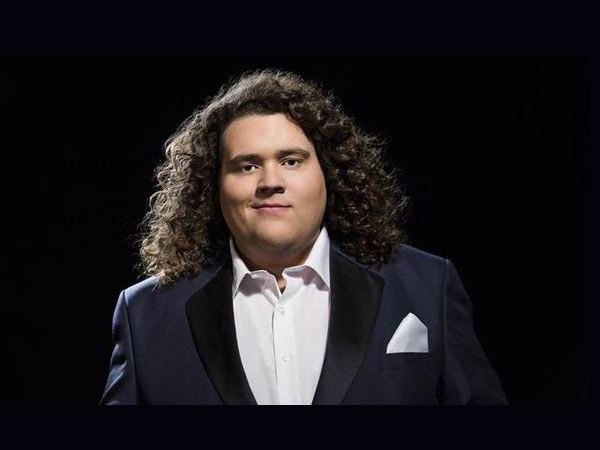 A national sensation, Jonathan Antoine won the hearts of the nation with his and school friend, Charlotte’s rendition of “The Prayer” on Britain’s Got Talent in 2010. A gifted tenor, Jonathan is superb live and brings the house down at every performance.

Jonathan became a national sensation after his appearance on ‘Britain’s Got Talent’ in 2012 where he showcased his extraordinary natural talent.

Born in 1995 in Hainault, Essex to John, a police inspector, and Tracy, a home-maker his parents soon recognised Jonathan’s vocal gift.  He began to hone his talent when he enrolled at West Hatch High School in Chigwell at the age of 11 and it was here that he met two people who were to influence him greatly: the singing coach Jenny Ewington and the head of music Ginette Brown.  “I started having lessons with Mrs Ewington, and just took to it,’ he explains. ‘It was so nurturing. She was inspirational, and she became a fantastic friend”.

At around the age of 13 his voice broke.  As his new sound was settling, Jenny Ewington encouraged him to sing challenging numbers such as Bring Him Home from Les Misérables, and to explore core-classical repertoire such as Bach/Gounod’s Ave Maria.  His talents were soon noticed further afield too.  At 14, he auditioned for a junior place at the four major music conservatories in London and was accepted at all of them.  He chose to go to the Royal Academy of Music. He was taught there by the highly-regarded singing teacher Sara Reynolds.  At this time he also began to take guitar lessons.  (He now describes himself as “a guitar nut” with a collection of six, seven, and eight-string guitars, plus two basses and a ukulele.)

Back at school, Mrs Brown encouraged Jonathan to sing in concerts as she thought it might help with his shyness. “Jonathan came into his own” she says. “All the students would see him and say that he was the boy with the incredible voice”.  Jonathan himself slowly began to understand the power of his gift too.  “I sang the duet Time To Say Goodbye with my friend Stephanie, and there was absolute silence from the audience. It was wonderful – and then we got a standing ovation. It was then I thought: I can really do this”.

In 2010 His heartfelt rendition of The Prayer with Charlotte Jaconelli won the hearts of the nation and went viral on YouTube. They were runners-up in the final, and Cowell immediately signed them up for a record deal. Two hugely successful albums followed and a five-city UK tour.

They later felt that the time was right to pursue separate careers and Jonathan’s album ‘Tenore’. He achieved a Classical number 1, and stayed there for three weeks. Tenore also went to number 13 in the “pop” charts, a great achievement in any situation! Jonathan is the youngest tenor to have a number 1 album in the Classical charts in the UK. Jonathan also completed a successful Balcony Roadshow tour of the UK, culminating in an acclaimed appearance at the iTunes Festival at the special invitation of Placido Domingo.

His solo career has also had an exciting start in America. In 2014, he performed at the Muhammad Ali Celebrity Fight Night in Arizona where leading pop producer, David Foster (Michael Jackson, Celine Dion, Josh Grobin) was the Music Director. Jonathan received a standing ovation from an audience full of Academy Award-winning actors, Grammy award-winning musicians and professional athletes.  This led to him being invited by David Foster to join one of the biggest global conferences in the USA at the Milken Institute, California where Jonathan wowed the star-studded audience to their feet plus a further performance in Orlando, Florida where he shared the stage with Sting, Ne-Yo and Adam Levine of Maroon 5.