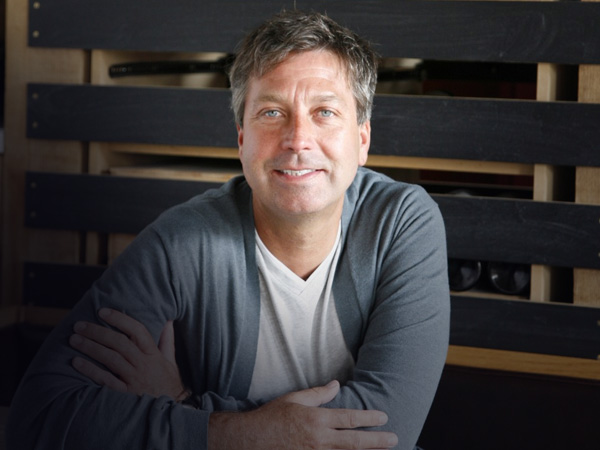 MasterChef presenter, food writer and Chef, John Torode is a hugely popular and influential figure on the UK culinary circuit. Best known as the straight-talking co-host and judge on 12 seasons of MasterChef, Celebrity MasterChef and Junior MasterChef John has also presented his own TV shows, A Cook Abroad: John Torode’s Argentina and The A-Z of TV Cooking on BBC2. In early 2016 he has come to the GoodFood channel for his 10-part series exploring Malaysia, simply named, Malaysian adventure.

A popular choice for corporate events, have John give informative talks and Q&A sessions or culinary demonstrations. Throughout the year John appears at numerous food festivals. He is also a highly sought after for high-end brands.

Originally from Australia, John is credited as being one of the main players in introducing Australasian food to the UK in the mid-1990s. In 1992 he joined the COnran Group, starting out at Pont de La Tour before becoming Sous Chef at Quaglino’s. In 1995, John became Head Chef for the launch of Mezzo in Soho; at the time one of Europe’s largest restaurants.

He opened Smiths of Smithfield in 2000. The four-floor Grade-II listed restaurant, private dining room and café, located in the heart of Smithfield Market. It became a roaring success under his leadership becoming a firm fixture on both the restaurant and bar scenes during his tenure. Johns second restaurant venture was another popular multi-storey operation, The Luke, which opened at Spitalfields Market in 2009.

Passionate about sourcing the best British produce, particularly within the meat industry, John has continued to be a champion of rare breeds. Through this quest during his time at Smiths, he built many strong relationshios with small farmers and butchers throughout the UK and aimed to share his knowledge through his widely distributed, “fine meat list’.

John is also a published author of several cookbooks including cookbooks focusing on different meats on which he is a specialist as well as a MasterChef Kitchen Bible and his Thai Trek.

John became a nationally recognized face when he became the resident Chef on ITV’s This Morning in 1996 alongside Richard and Judy; a role in which he continued for four years. MasterChef however took flight in 2004 with John pairing up with another popular face, Gregg Wallace. The pair handed our liberal feedback, criticism and support to hundreds of hopefuls aiming to be crowned MasterChef. The pair are also the first ever duo toco-host the satirical current affairs quiz, “Have I Got News For You” on BBC1.

He has championed British Beef and Aylesbury duck in The Great British Food Revival, judged bake-offs for the Blue Peter appeal, appeared as an expert panelist on The Apprentice: You’re Fired, is a frequent guest Cheg and host on Saturday Kitchen and a popular guest on shows such as The One Show, Loose Women, BBC Breakfast, Daybreak, Ask Rhod Gilbert and The Alan Titchmarsh show as well as numerous radio programs.

A well-known food writer, John regularly contributes to Olive and BBC Good Food magazines, as well as The Radio Times and Red magazine, as well as supplying numerous articles for The Guardian, Daily Mail and The Observer.