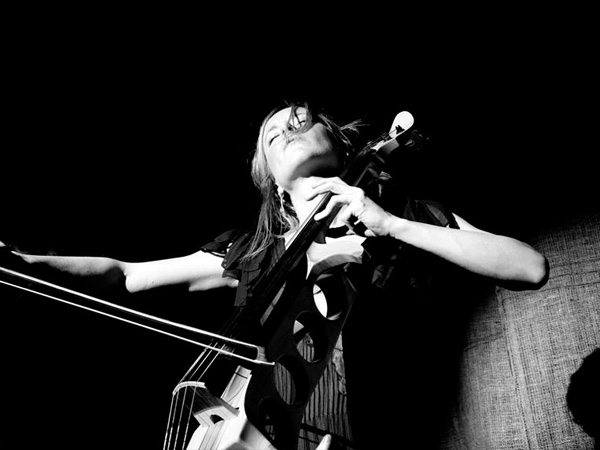 Jo is an exceptional Cellist, whose music is drawn from classical, rock and metal influences, thereby creating music which connects with and unites a very diverse audience.

With her music often being described as “courageous” and “captivating”, her ability to set the mood for an event is unparalleled. With years’ of experience in the live and recorded music scene she has performed in a wide range of venues from the Royal Albert Hall, St James’ Piccadilly and the Blackheath Concert Halls and has recorded numerous live sessions for the BBC and independent radio and TV channels.

Suitable for both background entertainment and as an after dinner performance, Jo can add the additional touch of sophistication you require for your event.

Drawing upon classical, rock and metal influences, Jo connects with and unites a very diverse audience. She has been heavily influenced by the music of Bach, Debussy, Tavener and Bartok, as well as contemporary artists such as Adrian Vanderberg, Trent Reznor and Perry Farrell all of which have helped craft Jo’s unique sound.

Incorporating looping technology into her music, Jo’s music is experimental and tests the boundaries of her music.

Jo studied music from a very young age and completed her BA in performance at the University of Leeds. She has since collaborated with various musicians and has studied with renowned cellist and composer Gwyn Pritchard. Jo began embarking upon her solo career in 2010, and has since released three albums; From The Sea (2011), Caldera (2014), and Five Incantations (2016) with great success.

Jo performs regularly in the UK and across the EU, and is embarking on her 6th tour of Australia in February 2017. She has also performed her music in New Zealand, South Africa and Japan.