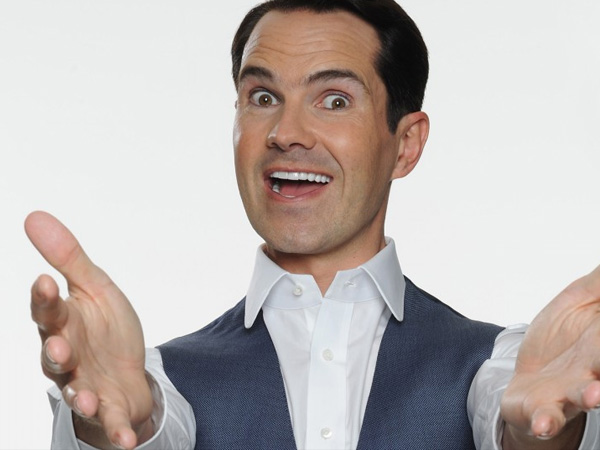 Stand up Comedian and Host

Stand-up, Host, Writer, Jimmy is among the most-respected and best-loved comedians working in Britain today, he is one of the biggest selling live acts in UK comedy, consistently performing to sell-out crowds across the country and around the world. His last tour, Funny Business, saw him perform to over 300,000 people and featured dates at some of the most iconic venues in the UK and across the world. Jimmy is currently taking his Best Of, Ultimate Gold, Greatest Hits Tour around the UK.

His television credits include 19 series as host of panel show 8 Out Of 10 Cats (as well as 9 series of spin-off 8 Out Of 10 Cats Does Countdown), over 10 years as host of Channel 4’s Big Fat Quiz Of The Year and three appearances on The Royal Variety Performance. He has also regularly appeared on shows such as QI and A League Of Their Own, was one of the stars of Channel 4’s 10 O’Clock Live and has been a guest on chat shows such as The Jonathan Ross Show, Graham Norton and Alan Carr: Chatty Man.

Jimmy has eight live DVD releases to his name: Live, Stand Up, Comedian, In Concert, Telling Jokes, Making People Laugh, Being Funny and Laughing & Joking. He has sold over 1.2 million copies to date. In 2015 Jimmy signed a stand-up special deal with US streaming behemoth Netflix, the first UK comedian to do so. Jimmy’s Netflix special Funny Business was released in March 2016.

A household name in the UK, Jimmy is also a rising star in the US, where his profile continues to grow. Jimmy has performed two Comedy Central Specials, has performed stand-up on The Tonight Show five times (with both Jimmy Fallon and Jay Leno) and has also appeared on NBC’s Late Night with Conan O’Brien five times. Jimmy’s game show Distraction aired on Comedy Central and was subsequently repeated. In March 2012, Jimmy performed in The Secret Policeman’s Ball at Radio City Hall in New York, transmitted live in the US on EPIX and again in the UK on Channel 4. Jimmy also performed at the Montreal Just for Laughs Comedy Festival for the eleventh time in July 2015.