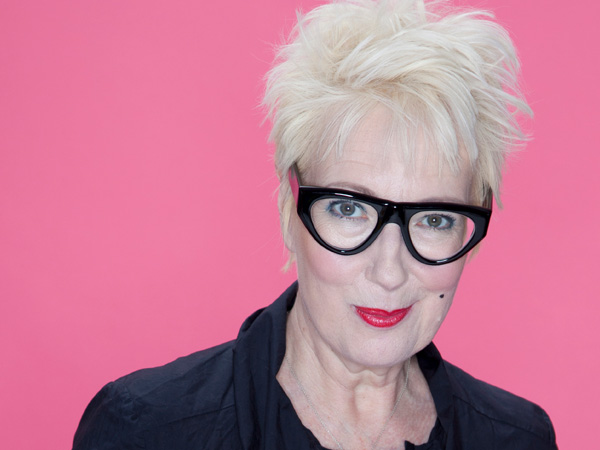 The first woman to win the Perrier Award at the Edinburgh festival.

Jenny has been a stand-up comedian for donkeys’ years, since winning the coveted Perrier Award (Edinburgh Comedy Award) in 1995 she still gigs regularly and has just finished a 50 date sell-out tour around the UK with her show How to be A Middle Aged Woman (Without Going Insane).

One of our finest female comics Jenny is available to perform at your event as an award host and after dinner speaker, book Jenny and ‘embrace the madness’ as Jenny would say!

2015 saw the release of Jenny’s fourth novel Moving, to rave reviews. It was a Sunday Times paperback bestseller, sales of her UK editions alone stand at well over 200,000 net copies.

Her other novels, Camberwell Beauty, Having a Lovely Time, Death and Vanilla Slices have been translated into nine languages, including German, Russian, French, Italian and Turkish.

Small screen highlights include all the Grumpy Old Women series, Loose Women (sacked in 2012), plus of course reality TV shows such as Splash and I’m a Celebrity when in 2010, she came third!

Other TV credits include

Alan Davies As Yet Untitled,

Celebrity Masterchef (BBC), surprising even herself with her ability to make a cracking chicken schnitzel in 15 minutes!

Her first foray into TV was a show called Packet of Three with Frank Skinner, which was universally panned.

Jenny was actually trained as a straight actress and has appeared on Holby City, The Bill and Skins. In early 2009 she cropped up playing women of forty plus, in Al Murray’s Multiple Personality Disorder (ITV1).

West End theatre credits include Steaming, Mum’s the Word and The Vagina Monologues. Jenny has appeared in the title role of The Killing of Sister George for the Derby Playhouse,

Her biggest theatrical hit to date has been co-writing (with Judith Holder) and starring in all three Grumpy Old Women Live shows, both in the UK and Australia.

Eclair is a writer as much as a performer (sometimes it’s nice to just sit down). She is a regular contributor to various newspapers and magazines and has written lots of radio comedy (mostly with Julie Balloo), including the much repeated On Baby Street. She is currently in the process of writing a third series of Little Lifetimes for BBC Radio 4.

In her spare time Jenny is a gym dodger, novice knitter and very bad painter she lives in South London with St Geof of Camberwell and together they have a daughter who writes and works in theatre.