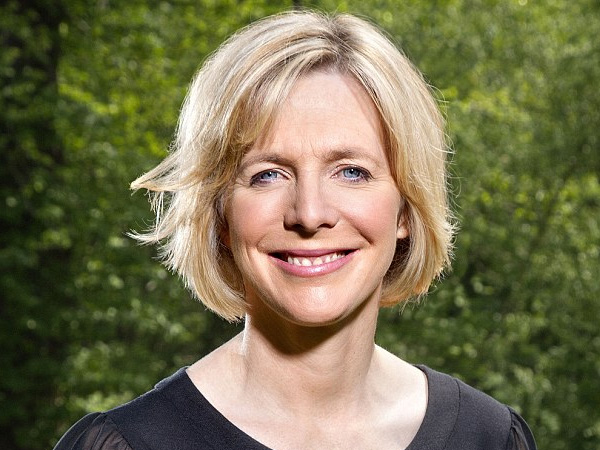 When booking a live events host, you need someone who’s experienced, reliable, versatile, quick-thinking and able to see the funny side of things!

Hazel Irvine has been demonstrating these qualities for over 25 years in broadcasting. Now a multi-award winning Sports presenter, she also has many high-profile credits in News, Light Entertainment and Events. An engaging and authoritative sports anchor, she is the “face” of BBC Sport’s golf coverage including The Open and the US Masters, snooker and major events such as the Olympic Games and Commonwealth Games. The Sochi Winter Games were her 13th Olympics, both summer and winter.

Also a highly-regarded commentator, she has been entrusted with guiding viewers through Opening and Closing ceremonies at the last 4 Olympic Games. The London 2012 Opening ceremony was watched by over 27 million people.

The winner of the prestigious Royal Television Society’s Sports Presenter of the Year award, Hazel also fronted the BBC’s BAFTA award-winning coverage of the World Athletics Championships in 2009.

Hazel fronted one of the corporation’s longest-running shows, Ski Sunday, for a decade and has also covered a huge number of other high-profile events such as Wimbledon, the London Marathon, the Boat Race, Final Score, 4 football World Cups and European football championships.

Hazel’s many projects for BBC News include the Six O’clock and Ten O’clock news, the Olympic Torch Relay, New Year LIVE and the 2012 Olympic bid announcement in Singapore.

Her frequent ventures outside sport and news have included on-location presentations of the 60th anniversary of the D-Day landings in 2004, VE Day celebrations, the Edinburgh Military Tattoo for BBC Events. She hosted BBC Scotland’s Children in Need appeal for 10 years and anchored its Millennium Night coverage.

In addition she has presented TV magazine series such as BBC 2’s aviation programme “The Air Show”, health and wellbeing series “Feeling Good” and leisure strand “Outside Now”.

She has enjoyed making guest appearances on programmes such as They Think It’s All Over and Call My Bluff.

Hazel has acted as compere at numerous awards ceremonies and is in demand as an after-dinner speaker. She also acts as conference facilitator for top organizations such as UK Sport whose Chief Exec, Liz Nicholl described her preparations and performance as “worthy of an elite athlete”!