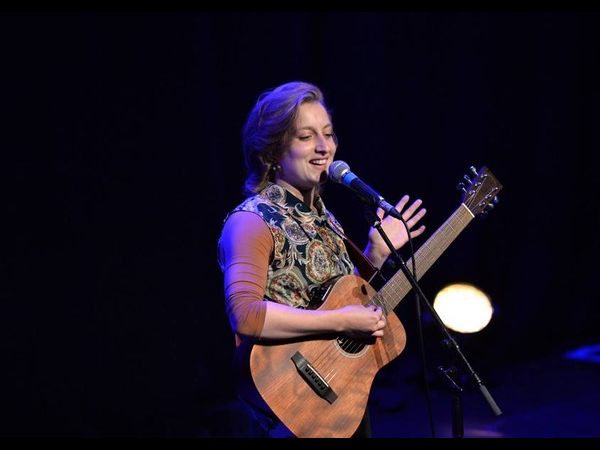 Harriet Braine is a musical comedian, who dedicates a remarkably large portion of her oeuvre to Art History.

After winning Best Newcomer at the 2016 Musical Comedy Awards, she started gigging around London and the South East and has played at venues as diverse as Up The Creek, the Victoria and Albert Museum, Brighton Komedia, and that building that looks like a cheese grater. She reached the final of Gilded Balloon’s So You Think You’re Funny? competition, and was crowned the winner of the Funny Women Stage Award 2016.

She has written and performed for BBC 100 Women Season, and the Royal Television Society.

One of Culture Trip’s 11 up-and-coming comedians to see in London Spring 2017 “Her range of impressions have hit home all over London” (Culture Trip).