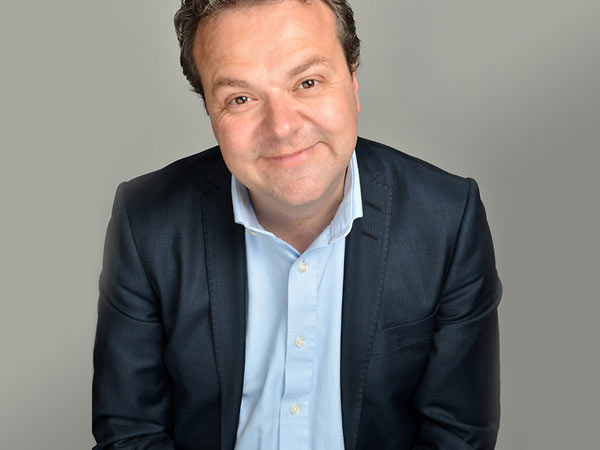 Host of Live at the Apollo and star of Radio 4, Comedian and Awards Host Hal continues to tour the UK with his own unique brand of fluffy cynicism. His latest stand-up show ‘Straight Outta Cruttenden’ sees the Perrier nominated Comedian entertain audiences with the rantings of a middle class, middle aged man who was schooled alongside George ‘Gideon’ Osbourne.

Hal loves a good moan, whether he’s had it with over sharing on social media, living in a household teeming with the fairer sex or the obsession with the 5:2 diet, the more he complains the funnier and more likable he gets.

Hal is one of the top comedians working in the UK today, as well as being a highly accomplished writer and actor. Over the last year he’s performed on ‘The John Bishop Show’ (BBC1) and ‘Live at the Apollo’(BBC1 and 2), which was his third appearance on that show, ‘The Melbourne Comedy Festival Gala’ on Channel 10 Australia as well as making a second appearance on ‘Have I Got News For You’ (BBC1) and frequently being seen on ‘Great British Bake Off – Extra Slice’ (BBC2) . He will shortly be recording ‘Channel 4’s Comedy Gala’(C4) in aid of Great Ormond Street Hospital in front of an audience of 16,000 at the O2 Arena, London. He has also just finished taking part in the ‘Hell on High Seas’ challenge’ where six celebrities and a professional crew sailed from Belfast to London on a Volvo 65 Racing Yacht facing very rough weather and sea sickness to raise over a million pounds for Sport Relief. Their progress was shown each night on ‘The One Show’ (BBC1).

His latest show ‘Straight Outta Cruttenden’ is touring throughout the UK until the end of the year and includes runs at both the Edinburgh Festival and the Melbourne International Comedy Festival. This is his fourth tour following the highly successful ‘Tough Luvvie’ (2013/14) which was released on DVD at the end of 2015 and ‘The Tiny Rage Tour’(2011) and ‘Lively (2010). He is also a three time Chortle Award nominee and was nominated for the Perrier Newcomer Award in Edinburgh back in 2002.

His radio sitcom ‘Hal’ is currently being repeated on Radio 4 and a second series has been commissioned to be broadcast by the end of the year. Other radio appearances include being team captain on ‘Britain versus the World’ and spots on ‘Loose Ends’, ‘Act Your Age’, ‘Chat Show Roulette’ and ‘Four at the Store’ (all Radio 4). He can also frequently be heard on Radio 5 Live where he has appeared with Richard Bacon, Nicky Campbell, Nick Hancock, Victoria Derbyshire and Stephen Nolan.

Having originally trained at the Central School of Speech and Drama, Hal’s acting career includes roles on TV and film in ‘Shackleton’; ‘Eastenders’; ‘Kavanagh QC’; ‘Out of the Blue’; ‘Touching Evil’ and ‘Bramwell’. On film he has been in ‘Mrs Dalloway‘ and ‘The Madness of King George’. Theatre work includes ‘Making News’ at the Edinburgh Festival and ‘Orwell A Celebration’ at Trafalgar Studios London and the Edinburgh Festival.

Internationally, Hal’s currently appearing in Australia at the Melbourne International Comedy Festival. He’s travelled across Canada on the Just For Laughs Comedy tours. He has appeared at two Just For Laughs Galas in Montreal hosted by Joan Rivers (2008) and Howie Mandel (2012). He has also done shows at the Kilkenny Cat Laughs Festival in Ireland and performed live in India, Bermuda, the Netherlands, Switzerland, Belgium, Germany, Denmark, Norway, UAE, Qatar, Kuwait, Bahrain, Indonesia, China, Hong Kong and Singapore. For the British Armed Forces he has played gigs in the Falkland Islands, Cyprus and Germany.

‘An absolute joy to watch’ The Scotsman

GET IN TOUCH
Zoe Lyons