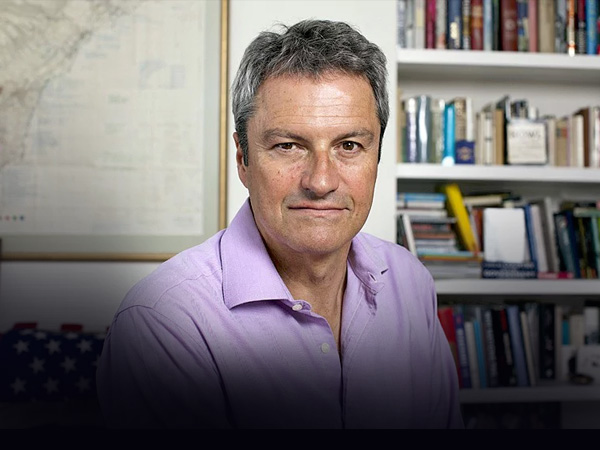 Award winning broadcaster, novelist and journalist, Gavin is known for his presenting work at the BBC, being the main presenter on Dateline London on the BBC News Channel and BBC World Service. He has authored five novels and two non-fiction books. His most recent publication, Lessons from the Top, is inspired by Gavin’s conversations and interviews with numerous heads of state and world leaders and examines how successful leaders use stories to educate, persuade and bring about change. His broad experience of reporting and broadcasting from around the globe, makes Gavin the ideal conference host for International and UK events.

Gavin was the BBC’s Chief North America Correspondent for eight years, based in Washington, and he has reported from countries as diverse as China, Peru, Argentina, Cuba, Brazil, Russia, Jordan, Iran, Saudi Arabia and from the Aleutian Islands, as well as all across Europe.

As well as being a BAFTA member, a Fellow of the Royal Society of Arts and the holder of a Royal Television Society Award, Gavin was also awarded a Sony Gold Award for his BBC Radio 4 programme, Letters from Guantanamo.

Gavin also lent his voice to the stage production of The Duck House, which played at the Vaudeville Theatre, in London’s West End.

Gavin Esler reported for the BBC in Scotland throughout the 2015 General Election campaign.

In January 2016 Gavin investigated the story of Hermann Göring’s lesser known brother Albert, who claimed he saved the lives of those threatened by Nazi persecution, in a fascinating documentary for BBC Radio 4.

GET IN TOUCH
Rachel Riley