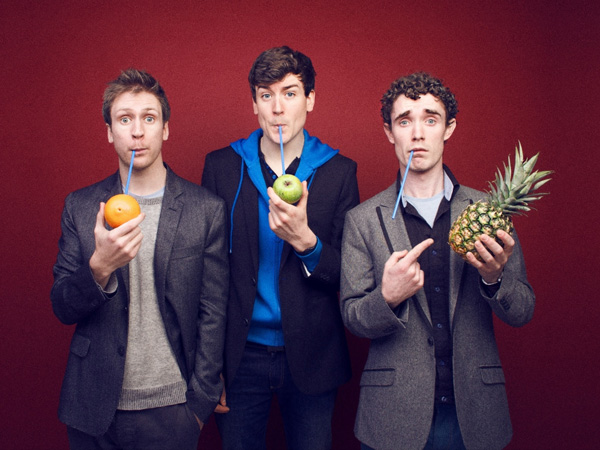 Foil Arms and Hog are Sean Finegan, Conor McKenna and Sean Flanagan, an Irish comedy sketch group who perform at private events, on TV, radio, the stage and YouTube.

Their relentless enthusiasm has seen them sell out theatres at the Edinburgh festival for the past 6 years to rave reviews.  This year, the boys completed their debut UK tour. Performing at prestigious comedy clubs across the country, the finale was at London’s Udderbelly venue on the Southbank, selling out 420 seats in advance.

Blending bizarre, ridiculous and surreal sketches, the boys create a fast-paced mix of gag-filled routines. They are available for after dinner entertainment, private parties or company events.

They work out of an office in Dublin where they write, film and edit their own sketches for their popular YouTube channel. They create a new video every Thursday, sometimes topical, but mostly completely random.

‘Fantastic and increasingly Bizarre’ Scotsman
‘They should be the world’s top comedy trio. I have never laughed so much in one hour – ever.’ – ★★★★★ Broadway Baby

‘Unless you’re clinically immune to laughter, you will indeed be delighted and entertained. For sheer, unadulterated entertainment, and a great night out, you’d be hard pressed to find better. The only downside on the night was you left craving for more’ – ★★★★★ Examiner