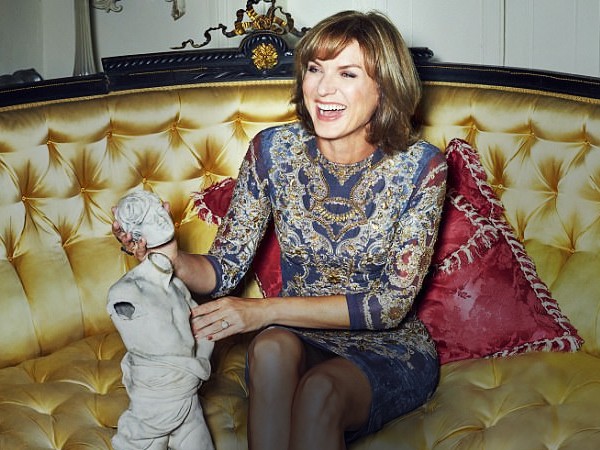 Three time winner of the Television and Radio Industry Award for Best Presenter, Fiona is one of the most established and well recognised presenters working in television today.

Now the first female presenter to front the BBC’s long running political panel show Question Time, She has presented both the 6 O’clock and 10 O’clock News (BBC 1) since 1999 and has fronted the Antiques Roadshow (BBC 1) as lead presenter since 2008. She also presents the popular arts show Fake or Fortune? (BBC 1), co-hosting with Philip Mould.

A favourite with our clients as a conference facilitator and event host, Fiona is charming, well informed and an inspiring force to behold.

Fiona presented BBC1’s coverage of the Royal Wedding and interviewed Prince Philip in a special programme to celebrate his 90th birthday, The Duke at 90 (BBC One). Previously she has interviewed Prince Charles for Victoria: A Royal Love Story (BBC Two) which she wrote and presented. She also wrote and presented the BBC1 three-part series The Royal Palaces and a BBC1 arts documentary about Leonardo Da Vinci in 2013.

For four years she presented and reported on her own BBC1 primetime investigative documentary series Real Story with Fiona Bruce which won several Royal Television Society awards. She has written and presented a number of high-profile single documentaries including an exclusive interview with Cherie Blair and unprecedented access to Downing Street in The Real Cherie (BBC 1 – 2006), and exclusive full-length interviews with Bill Gates in How a Geek Changed the World (Money Programme – BBC 2) and with Lord Alan Sugar in The Real Sir Alan (Money Programme – BBC 2). From 2000 Fiona co-presented BBC1’s Crimewatch for 8 years.

Fiona began her career as a researcher on Panorama, later becoming a reporter for the programme and for Newsnight. She also reported on current affairs series First Sight ( BBC 1 ) and Public Eye ( BBC 2).