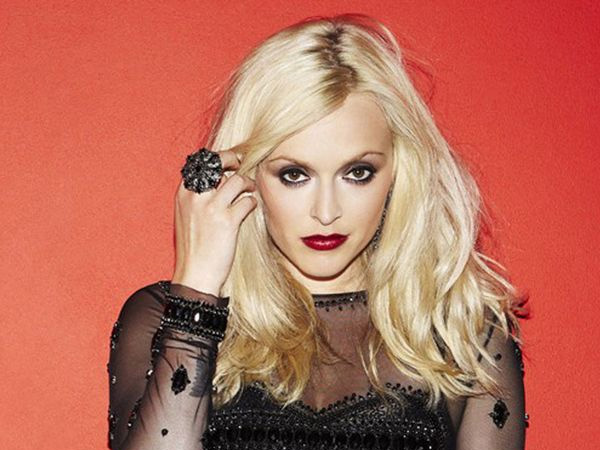 Fearne’s warmth, natural interview skills and her ability to make presenting live TV and events seem effortless, has given her the opportunity to work on a variety of shows over the years. She has returned to her role as team captain on the series Celebrity Juice, a show that continues to be a ratings winner for ITV2, and can also be seen in ‘Fearne’s Happiness Project’ for the Pretty Upfronts YouTube channel. Incredibly creative, she designs a home wear range for very.co.uk, has curated 13 seasons of her own clothing range and her own make-up and toiletry ranges for Boots.

Other shows Fearne has participated in include: Fearne & Gok: Off The Rails, The BBC Music Awards, Top of the Pops with Reggie Yates, ‘Fearne and McBusted’, a Coldplay special for Sky Arts, BAFTA red carpet coverage with Dermott O’Leary for E!, Children in Need Rocks with Chris Evans, several series of ‘Fearne and’, Must be the Music for Sky1, Comic Relief and Last Comic Standing for NBC amongst many others.

In her role as brand ambassador for BaByliss, Fearne creates a series of ‘Get the Look’ videos and tutorials, recreating her go-to styles using BaByliss tools.

She is also a huge ambassador for Children in Need and can be seen annually as part of the presenting team.

In addition to TV Fearne is hugely credible in the music genre. In 2005 she joined Radio 1 where she spent 10 incredible years, initially co-hosting morning shows with Reggie Yates and then moving onto the UK Top 40 show before taking over the prestigious weekday morning slot in 2009; here she mixed big celebrity interviews with exclusive acoustic performances in the Live Lounge.

The show attracted over 4 million listeners and in 2012 she won a Sony Gold Award for the show.

In social media, Fearne has over 7 million Twitter followers and a combined Facebook and Instagram following of over 2.2 million, with live, innovative content around her programming and off-air projects ranking her amongst the world’s top 250 most influential Tweeters.

An enthusiastic cook, Fearne’s first cookbook, Cook Happy, Cook Healthy is the result of many happy years of cooking and baking, and will be published in June 2016. Work aside, Fearne is a mother of 2 and continues to find time to support a range of charities with seemingly no challenge too big for her, whether it be climbing Kilimanjaro for Comic Relief, or trekking the Inca Trail for Breast Cancer Care. As well as being an Ambassador for Children In Need, Macmillan Cancer Support & The Prince’s Trust, Fearne is also a patron for Post Pals, Tyler’s Trust and Coppafeel!, the latter of which she curates the charity’s music festival, FESTIFEEL.