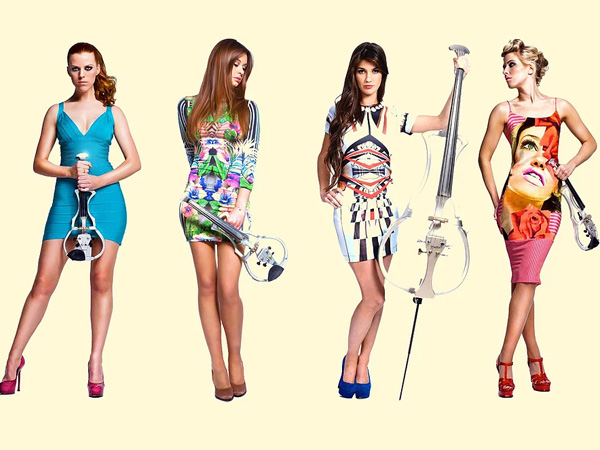 Electric string quartet, Escala rose to fame as finalists in the 2008 series of Britain’s Got Talent memorably performing their version of Palladio. After the show they were signed by Simon Cowell and went on to release their first album Escala in 2009 which reached number 2 on the UK Albums Chart.

They continued their success performing all over the world and their new album Quadrasonic was released in 2016. With dazzling performances for both public and private audiences worldwide they continue to arrange and record new material pushing the boundaries of electric string quartet repertoire.

Escala is now Victoria Lyon & Honor Watson on the violin, Stephanie Benedetti on the viola and Helen Nash on the cello.

Escala have played all over the world and performed with many artists including Katherine Jenkins, Brian May, Richard Ashcroft and Pink Floyd. To name a few performances, the group have appeared on The Oprah Winfrey Show, on the Sky Sports 2008-09 campaign, and at the James Bond film premiere of Quantum of Solace in London (Leicester Square). Escala continues to be a firm favourite with many, performing in the last few months for organisations such as Facebook, William & Son, Chopard, Citadel and the Professional Footballers Association.

Their latest album Quadrasonic was released in January 2016, produced by Youth (Martin Glover) and performed by Victoria Lyon, Chantal Leverton, Honor Watson and Helen Nash. With arrangements by Simon Hale and Escala, tracks include Bittersweet Symphony, Louder, Make You Feel My Love, Roxanne, Sweet Dreams (Are Made Of This) and Tainted Love.

Their arrangement of the DJ Fresh track “Louder” was performed with Diversity on ITV’s 2016’s Royal Variety Performance.