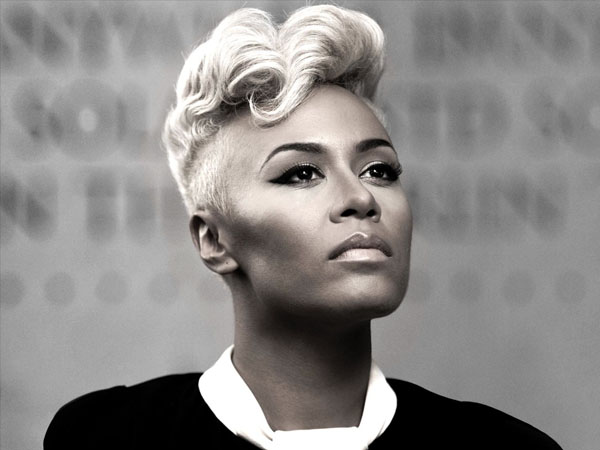 An R&B singer/songwriter and jazz-soul artist with a highly resonant voice and diverse set of cross-genre musical influences, Emeli Sande broke through with her 2012 debut “Our Version of Events”. The hit record became the UK’s second biggest selling debut album of the year winning her the coveted BRITs Critics’ Choice Award and securing her a slot on Coldplay’s US tour and performance at the opening ceremony of London’s Olympics.

With her speedy success worldwide, especially between the UK and the US, Emeli has been a presence in many important campaigns and continues to be a sought-after headliner in the corporate market.

Born Adele Sandé in Aberdeen, she was encouraged to hone her musical talents, which included playing the clarinet and piano and writing and performing her own songs, by her Zambian choirmaster father. While studying medicine at Glasgow University, she signed a publishing deal with EMI and, following a meeting with producer Naughty Boy, the pair began working together on a number of songs, including Chipmunk’s Top Ten hit “Diamond Rings,” which she also featured on, and “Boys,” which was later recorded by Cheryl Cole as the B-side to “3 Words.”

After signing a solo contract with EMI, she moved to London and appeared on albums by Tinie Tempah, Professor Green, and Devlin, supported Solange Knowles on her U.K. tour, and scored a second Top Ten hit with Naughty Boy and Wiley on a cover version of White Town’s “Your Woman.” Her first solo single, “Daddy,” was released in 2010. In 2011, Sandé won a raft of awards, including Best Breakthrough Act at the Brits and at the MOBO Awards. After appearing on Professor Green’s smash hit “Read All about It” toward the end of October 2011, she followed with her debut album, Our Version of Events, in February 2012.

Released to critical and commercial acclaim, the singles “Heaven” and “Next to Me” received heavy radio airplay and achieved respectable chart positions across Europe and the U.K. Sandé’s profile was given a further boost in the summer when she sang Henry Francis Lyte’s Christian hymn “Abide with Me” at the opening ceremony of London’s 2012 Olympics.