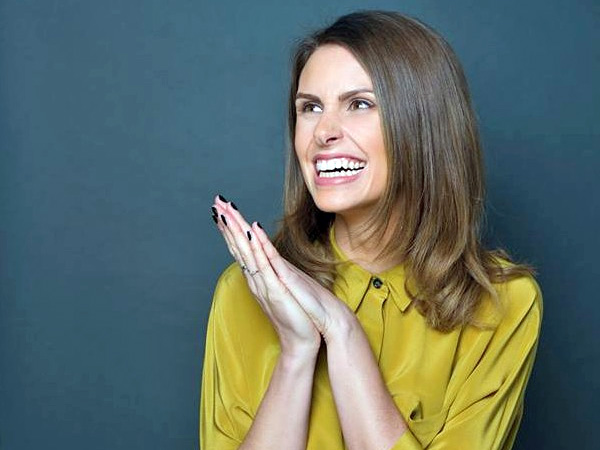 Comedian and Presenter Ellie is a natural when it comes to hosting and presenting. No matter the audience, her upbeat style ensures a great night full of fun and laughter, all while ensuring the event runs exactly as planned.

This includes hosting prestigious awards for clients such as IPA Media, The National Outsourcing Association, 24Housing and Sally Salon Services. Ellie has also performed for companies including CIBSE, Inkling London and Nomura Bank.

Ellie has appeared on Live at the Apollo, Mock the Week, The John Bishop Show, Drunk History, Celebrity Squares and more!

Since becoming a recognisable face as the presenter of BBC3’s hugely popular Snog Marry Avoid, stand up comedian, writer and actor Ellie Taylor has established herself as a firm favourite on the corporate and comedy circuits and boasts a variety of event experience.

Currently, Ellie is on a UK tour with her hugely successful solo show ‘Infidelliety’ and has just finished filming her part in Disney’s upcoming musical teen drama ‘The Lodge’ and her appearance on Live at the Apollo just aired on BBC2.

Last year, Ellie fronted the live online coverage for the BBC during their highly anticipated and publicised Eastenders ‘LIVE’ week. She has previously performed at a launch event for Samsung, co-hosted the Big Bang Fair for National Science and Engineering Week, AND presented content for Kelloggs, Virgin Holidays and Kipling.