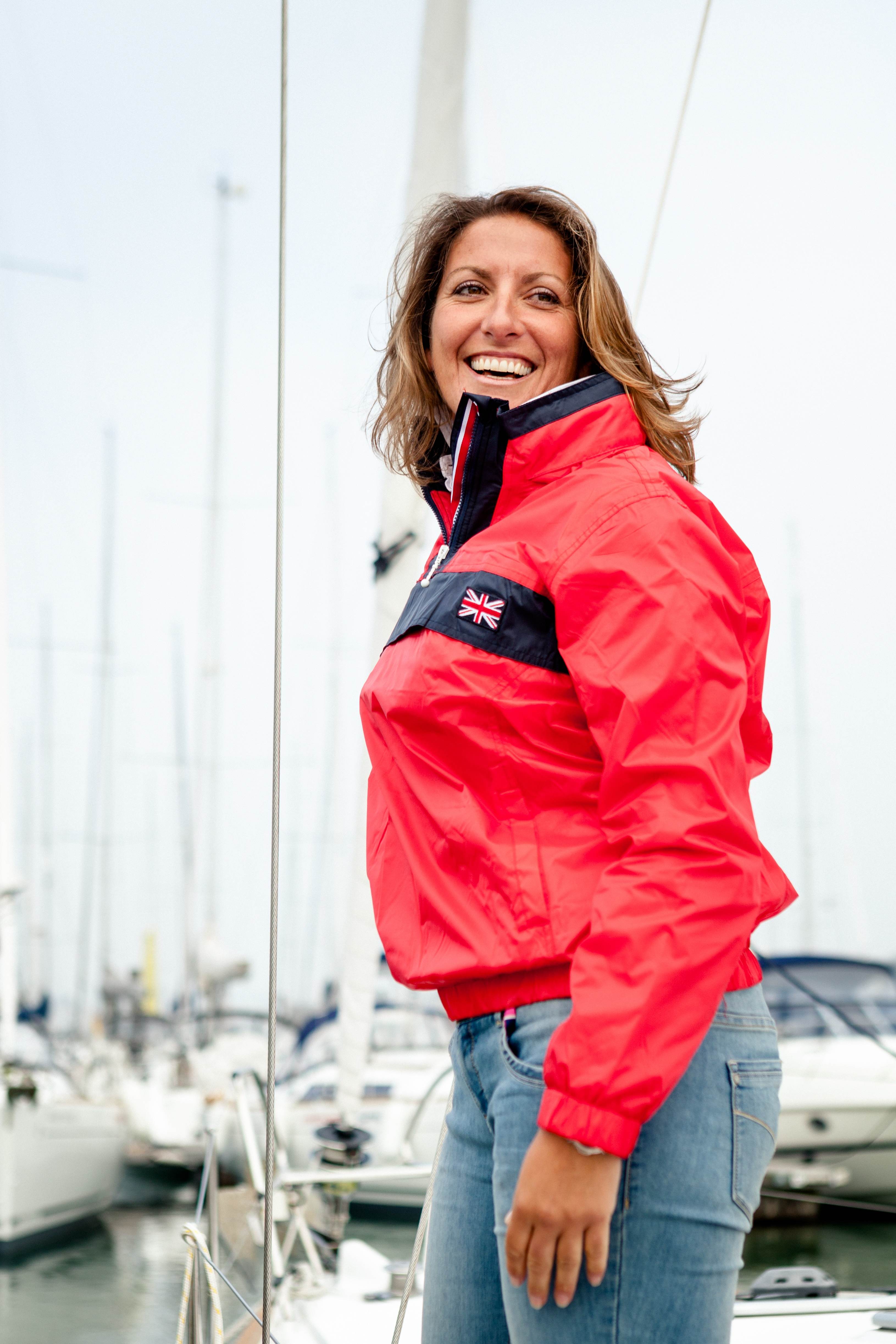 Yachtswoman Dee Caffari has sailed into the world record book three times.  Dee became the first and only woman to circumnavigate the world solo ‘the wrong way:’ against the prevailing winds and currents in 2006.  (Only four men have ever managed to finish this gruelling voyage: more people have walked on the moon.) Not one to stay in her comfort zone, Dee then became the first woman to sail single-handed, non-stop around the world in both directions by competing in a dramatic Vendée Globe (2008/09) – it is not called ‘The Everest of the Seas’ for nothing. On completing the dual-handed Barcelona World Race in 2011, Dee became the only woman on earth to have sailed non-stop around the world on three occasions.

Other circumnavigations were to follow.  In 2014/15, Dee competed in the Volvo Ocean Race 2014/15 with Team SCA, the only all-female team taking part in this iconic offshore round the world race.  In Leg 8, Team SCA re-wrote history: for the first time an all-female team achieved line honours, crossing the line first.  Dee was delighted to help secure the Round Britain and Ireland Speed Record for an all-female crewed mono-hull with Team SCA too.

Dee has now circumnavigated the world five times and she is on her way to her sixth as she leads the crew of Turn the Tide on Plastic in the Volvo Ocean Race 17/18.  The team aim to raise awareness of plastic pollution in our oceans and inspire people to take action in their day-to-day lives. Dee leads a mixed youth team in this 8-month global, highly competitive yacht race.

Outside of sailing, Dee continues to showcase her talents in the media as a presenter and producer.  Since 2015, Dee has been a presenter and producer for the online Global Women’s Sports Network WiSP Sports helping to support and promote female athletes and sport.  She also spends time supporting her chosen charities.  She sits on the Operations Committee for the RNLI and is a patron for GAFIRS, an independent lifeboat station.  Dee is also a patron for the charity Sail4Cancer and St Mary’s Junior Sailing Club.  Dee is proud to be an ambassador for UKSA and the RYA Green Blue Campaign helping promote a better marine environment.  Dee was delighted to be onboard a high profile charity sailing challenge for Sports Relief in 2016.  The Hell on High Seas crew, featured on the BBC’s the One Show, included a team of celebrity novice sailors and their voyage around part of the coast of Britain in difficult conditions raised over £1m for charity.

Dee has proven herself to be a yachtswoman of the highest calibre and many are amazed to learn that she only began her sailing career in 2000.  A former secondary school teacher, seeing the 2000/01 Global Challenge fleet return home was the catalyst for Dee’s next goal.  By 2004, Dee had secured her place as the only female skipper in the fleet to compete in the next Global Challenge race.  Just four months after returning from leading a team around the world, Dee set off again on six-month voyage to become the only woman to sail solo, non-stop around the world against the prevailing winds and currents.  The rest, as they say, is history.

Following her first world record, Dee was awarded an MBE in the Queen’s Birthday honours list. Dee became an Honorary Commander in the British Royal Navy in recognition of her service to the sea, Britain’s maritime heritage and her work for charity.