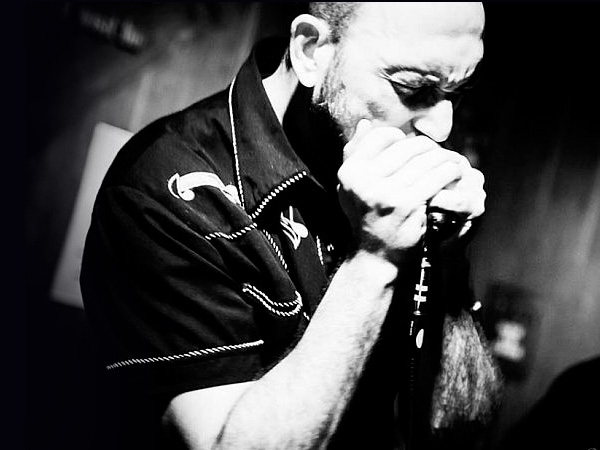 Harmonica player, Danny Del Toro has passed through many different music styles from, blues to jazz, to ragtime! With his unparalleled experience, Danny has travelled the world and played in renowned blues clubs such as Buddy Guy’s legends and Rosa’s Lounge.

Highly accomplished, he has a fantastic way of creating a cool, blues atmosphere with his soulful harmonica performances either as a solo artist or with his band.

If you are looking for an authentic acoustic performance to kick off your private party, Danny Del Toro may be the perfect act to set the mood for your guests!

Since learning to play the Harmonica Danny has experimented with all sorts of musical genres getting his feel in performing live, he went and lived the American dream in 2007, playing in various clubs such as Buddy Guy’s Legends, Rosa’s Lounge and artist sharing the stage with James Wheeler, Bill Branch, Nelly Travis to name a few . . .

On his return he continued to play with his band from Madrid, Cotton Gang, with whom he has two albums released: “Burnin ‘Hot” and “Live at Clamores Jazz”. It is with his band that he has performed at the best clubs in Madrid.

In 2010, he followed his pursuit of a more blues sound by going to London. Here he met and later collaborated with the band 24 Pesos led by Julian Burdock with whom he has recorded an album in 2014 entitled “Double Dare”.