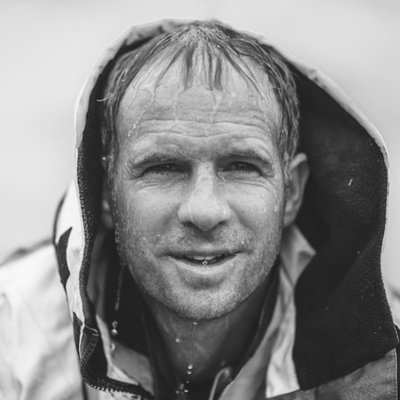 Round the World Sailor

Conrad Humphreys is a British Triple round-the-world yachtsman, entrepreneur, and inspirational speaker. The world-class sportsman is well-adept in overcoming inconceivable challenges, his fierce determination and winning spirit has led him to become a motivational speaker. Conrad is well-versed in teaching audiences the values of self-belief and teamwork.

Conrad is incredibly well-respected on the international sailing circuit. He has completed several around-the-world races he has sailed through some of the most gruelling conditions and had near death experiences. 2016 saw him and a team of nine men led by SAS: Who Dares Wins Anthony Middleton complete Captain Bligh’s Epic Voyage of Survival, sailing 4000 miles through treacherous conditions in an keel-less boat on meagre rations. Mirroring the original quest, the team completed the journey with great success. This has been filmed and shown on the Channel 4 hit show, Mutiny.

Read More
At 28 years old Conrad led his team ‘LG Flatron’ to victory in the BT Global Challenge race, proving his talent and ability to drive and lead his team. At this point it was only natural that he would progress further in his career.

The Vendée Globe is considered one of the toughest sporting events in the world and Conrad is the 5th British sailor in history to complete the Vendée Globe race. He spent 104 days alone at sea, setting out in November 2004 and crossing the finish line on the 20th of February 2005. During the race Conrad and his team hit an object, which struck one of their twin rudders. As they made their way to Cape Town everyone thought that their race was over, however they made the necessary repairs and continued the race, finishing 7th. Conrad’s incredible achievement is considered to be one of the biggest sailing comebacks of all time.

Conrad is a natural in front of the camera and his success has led him to TV presenting and public speaking. He has commentated for the BBC and participated in live interviews for Sky Sports, as well as taking part on ‘Big Brother’s Little Brother’. He was also asked to be one of the eight men used by Carolina Herrera to epitomise the designer’s new fragrance ‘CH for Men’.

He has appeared in the publication ‘Champions for Change-Athletes Making a World of Difference’, written by the Global Sports Alliance. In addition to his many other achievements Conrad founded the sports marketing company, ‘Sports Environment’ and set up the Blue Climates and Oceans projects, a social enterprise, set up to promote adventure sports and involve people in the well-being of our planet.

An expert in teamwork and motivation, Conrad can share his stories of self-belief and overcoming adversity in both sport and other environments.