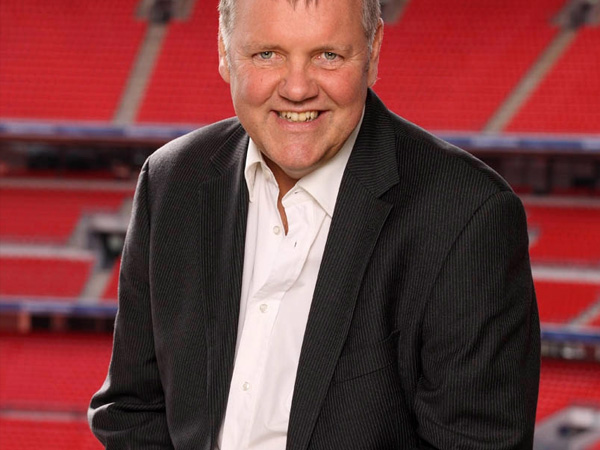 Available for Voiceover’s, after dinner speaking and awards hosting. He has won the industry’s most prestigious award, the Royal Television Society Sports Commentator of the Year, an unprecedented four times.

Clive has been ITV’s senior football commentator since the retirement of Brian Moore following the 1998 World Cup final. In that role, he has led the ITV commentary team at the subsequent 4 World Cups and 4 European Championships, and been lead commentator on the last 17 UEFA Champions League finals as well as taking the microphone at 9 FA Cup finals for ITV.

His partnership with co-commentator Ron Atkinson became a cornerstone of ITV’s football coverage. Their famous reading of the dramatic conclusion to the 1999 Champions League final between Manchester United and Bayern Munich was shared with 19 million viewers. Clive has subsequently commentated on Liverpool’s extraordinary triumph over Milan in 2005, and United’s ‘Game of Games’ victory against Chelsea in 2008.

Lancashire-born Clive began his career in local radio in Nottingham and Liverpool before joining Granada TV in 1987. He was not only the leading football commentator in the country’s leading football region, but covered rugby league, cricket, golf and a variety of other sports. He graduated into network television via a stint as a reporter on ITV’s popular football magazine, Saint’n’Greavsi, before a ‘transfer’ to the BBC Television’s sports department in 1992.

During his time at the BBC, Clive worked as a commentator on Match of the Day and Sportsnight, and figured prominently in live coverage of the 1994 World Cup, Euro’96 and the Atlanta Olympics. Following the Games, ITV asked him to return in readiness for his elevation to his current position of senior commentator. He has since led their commentary team at three European Championships and two World Cup finals.