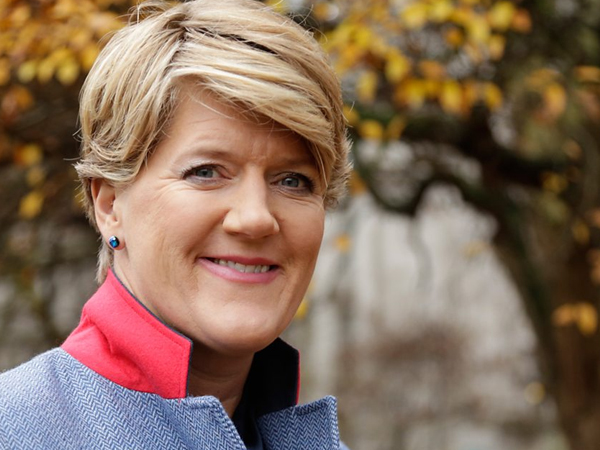 One of Britain’s Leading Broadcasters

One of Britain’s leading broadcasters, Clare won the BAFTA Special Award and RTS Presenter of the Year Award for her expert coverage of the London 2012 Olympic and Paralympic Games.

Presenting sports on television since 1998, she has worked on five Olympic Games, four Paralympics and three Winter Olympics, and has presented racing for the BBC and Channel 4, ‘Britain By Bike’ on BBC4 and Crufts for the BBC and More4. She’s also worked on ‘Britain’s Hidden Heritage’, ‘Countryfile’ and hosted BBC1’s, ‘Britain’s Brightest’. A delightful and engaging awards host and facilitator, Clare is a top choice for your event.

Since 2013, Clare has presented ‘The Clare Balding Show’ on BT Sport and BBC Two, featuring some of the most famous names in sport.

She has been part of BAFTA Award-winning programmes, been named RTS Sports Presenter of the Year, Sports Presenter of the Year at the TRIC Awards, Racing Journalist of the Year, awarded the special achievement award at the Women in Film and Television awards for her work on the Olympics and Paralympics and been praised for “perfect presentation” by the judges of the Broadcast Awards. Clare has also been honoured for her presenting with awards from Attitude Magazine, Red Magazine, Tatler and the Horserace Writers Association.

A bestselling author, Clare’s first book, My Animals and Other Family was published by Penguin in 2012. Based on her childhood growing up in an unusual household, it was published to critical acclaim and went on to win biography of the year at the National Book Awards. Her second book, ‘Walking Home’ was published in 2014.

In 2016, Clare released her first ever children’s book for Puffin Books, The Racehorse Who Wouldn’t Gallop.